SEAN WOTHERSPOON AND VESPA “CONQUER” THE CENTRE OF MILAN 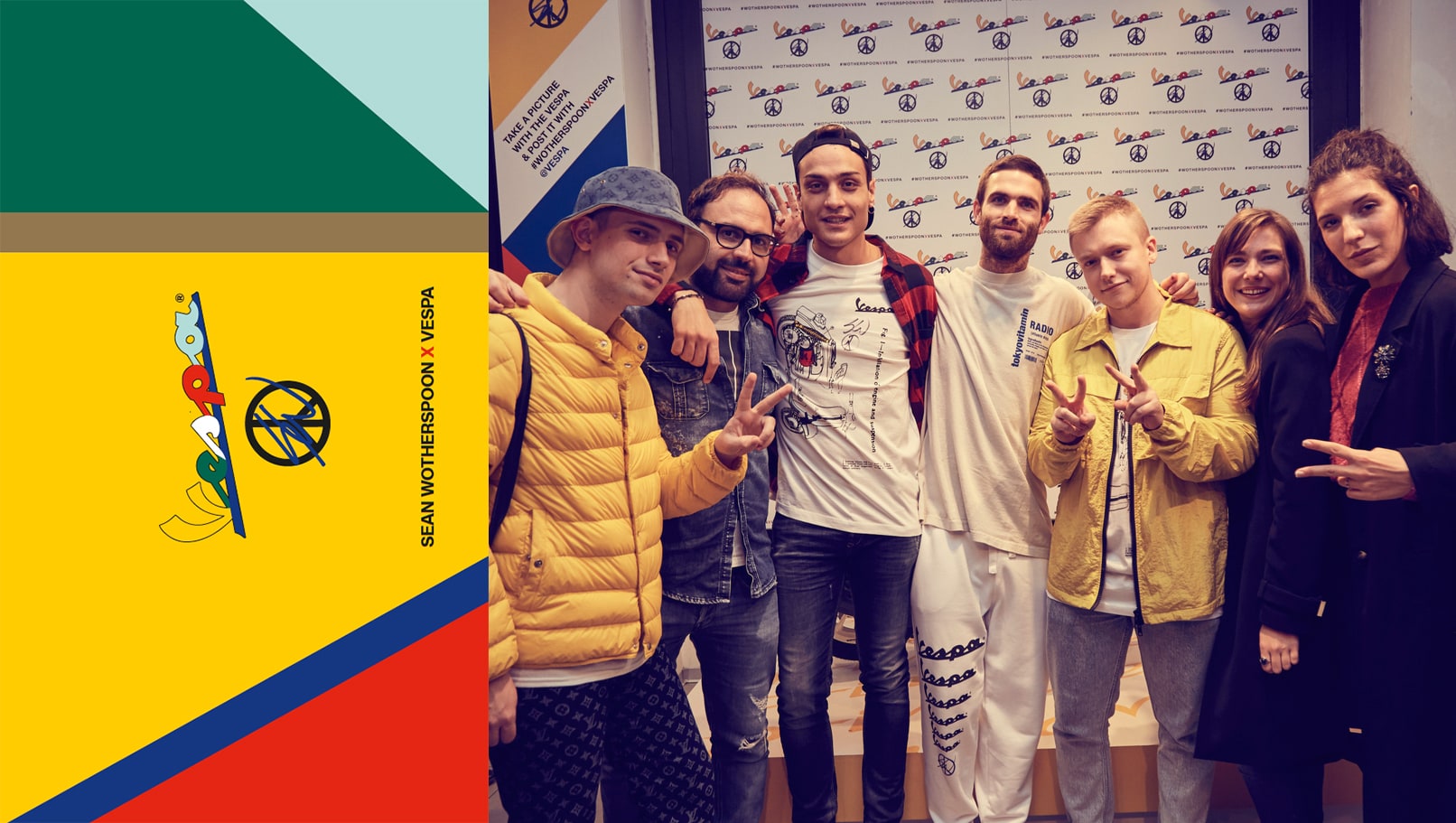 CROWDS AND QUEUES FROM THE EARLY AFTERNOON AT THE MOTOPLEX CITY LOUNGE ON VIA BROLETTO FOR THE WORLD PREMIÈRE OF VESPA AND THE CAPSULE COLLECTION DESIGNED BY THE AMERICAN STAR. HERE THE PICTURES AND THE VIDEO CLIP OF THE EVENT.

Milan (Italy), 5 November 2019 - The world première that united Sean Wotherspoon and Vespa was a resounding success. Motoplex City Lounge Milano, the Piaggio Group showroom that hosted the event, was besieged from the early afternoon by hundreds of fans waiting for their chance to meet Sean and to purchase - in an absolute exclusive offer - the very first garments in the capsule collection dedicated to Vespa designed by the American artist.

The music of Merk & Kremont provided the soundtrack for the event that brought one of the rising stars in global fashion to Milan for the presentation of the Vespa Primavera Sean Wotherspoon, a special and limited edition that expresses all the creative energy that binds Vespa and Sean, two protagonists who share a love of colour and experimentation.

Sean was the protagonist at Eicma where his creation was unveiled to the world press, before moving to the center of Milan to meet hundreds of his fans who had arranged to meet in front of the windows of Motoplex Milan.

And together with Vespa, Sean Wotherspoon presents a capsule collection of streetwear clothing, consisting of four T-shirts and a unique and exclusive tracksuit. 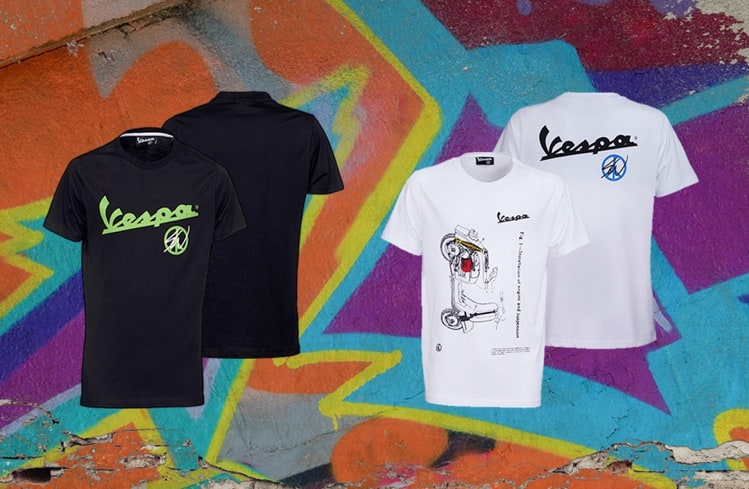 Sean Wotherspoon is one of the rising stars of youth fashion in the United States. His passion for street culture, the sneakers and sportswear of the ‘80s and ‘90s, and a revolutionary creative verve are the foundation of global success which has led Sean to collaborate first with Nike and then with big names such as Disney, Prince, Lacoste and Galleries Lafayette. 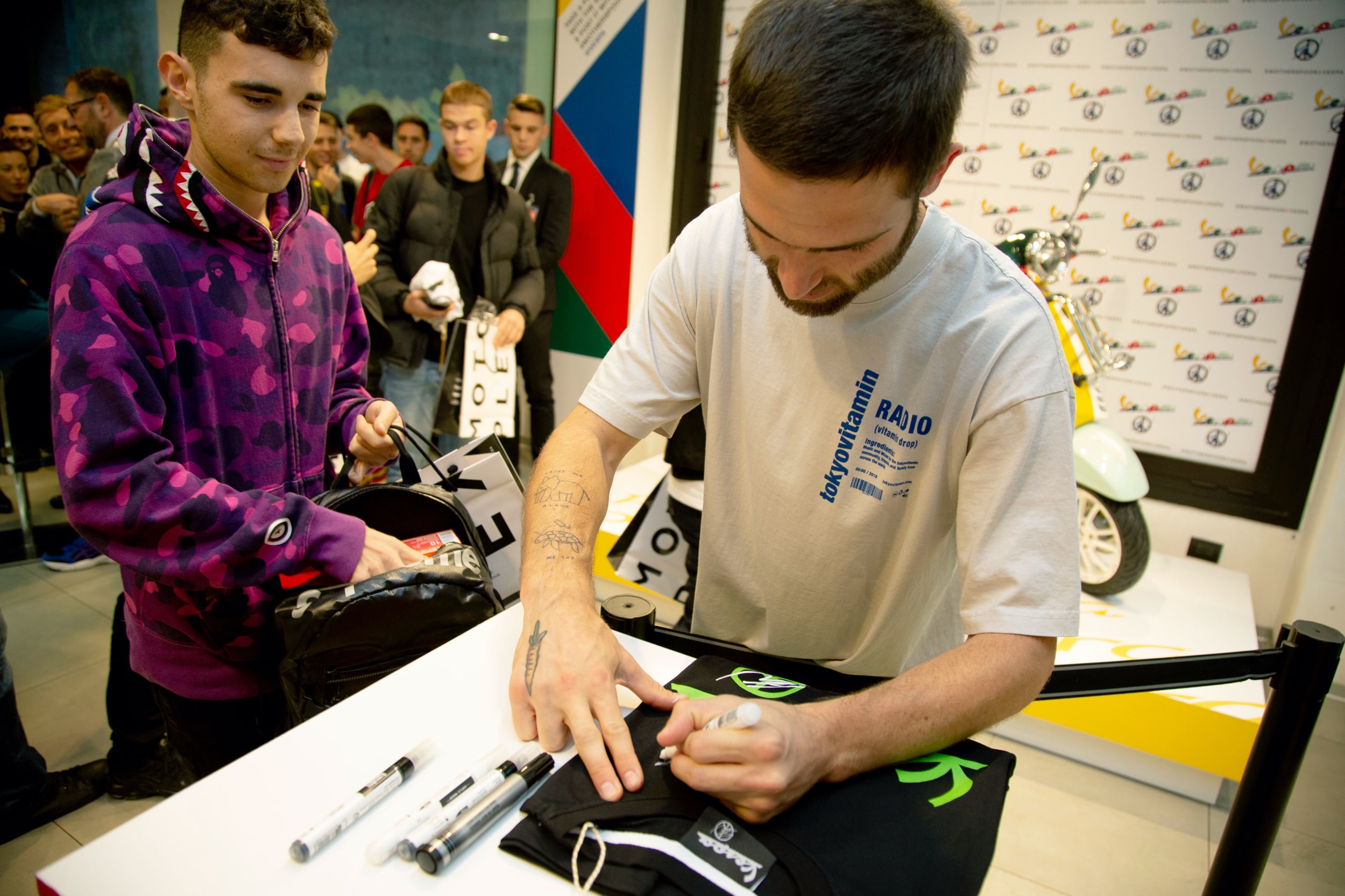 For Vespa, he has created a limited edition of Vespa Primavera interpreted through his stylistic code and an original collection including a coordinated helmet and four T-shirts, as well as a tracksuit that reinterprets the Vespa heritage in a modern key. 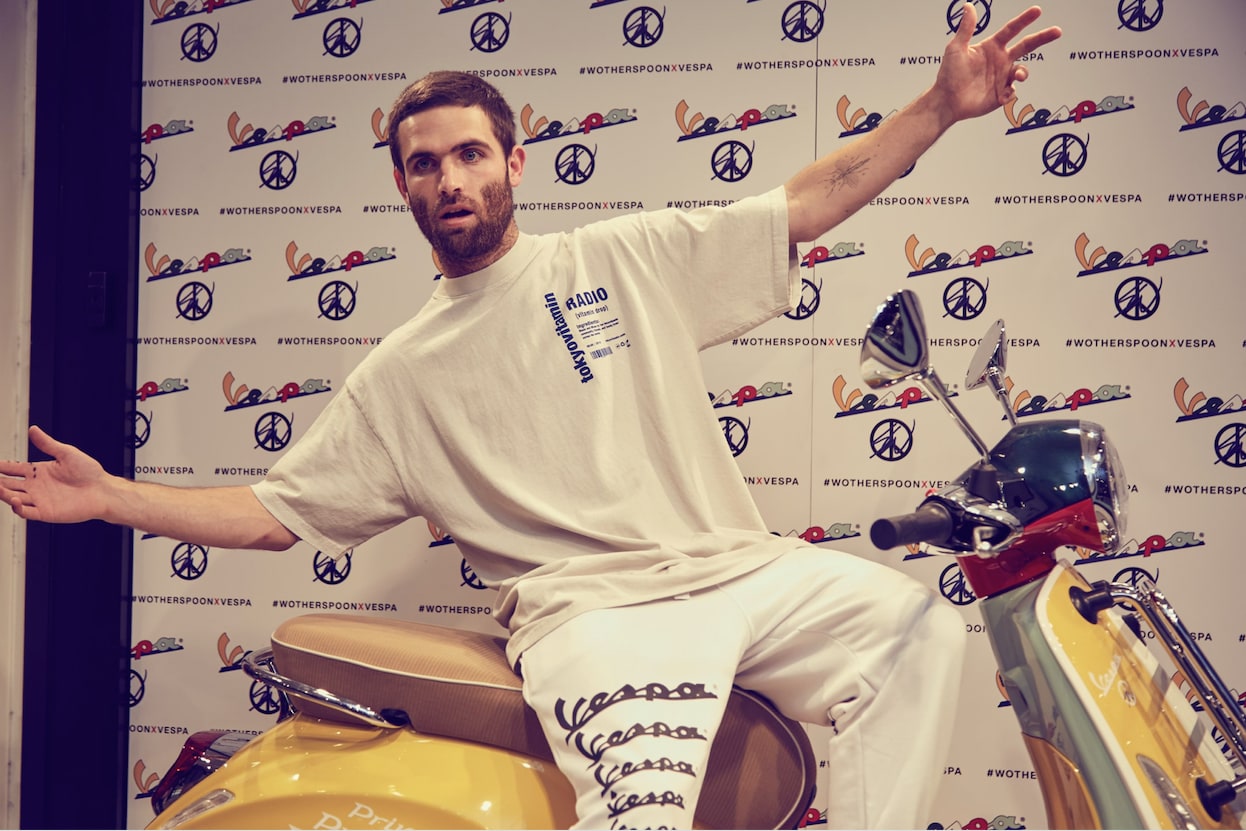