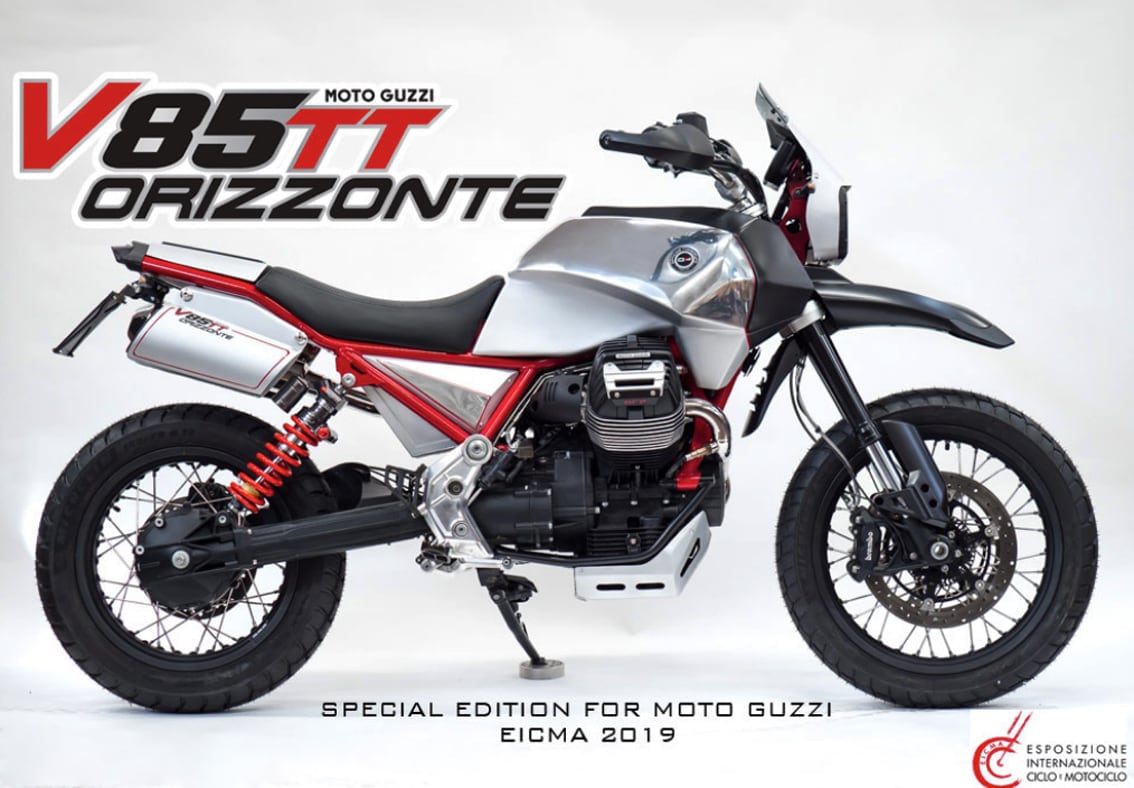 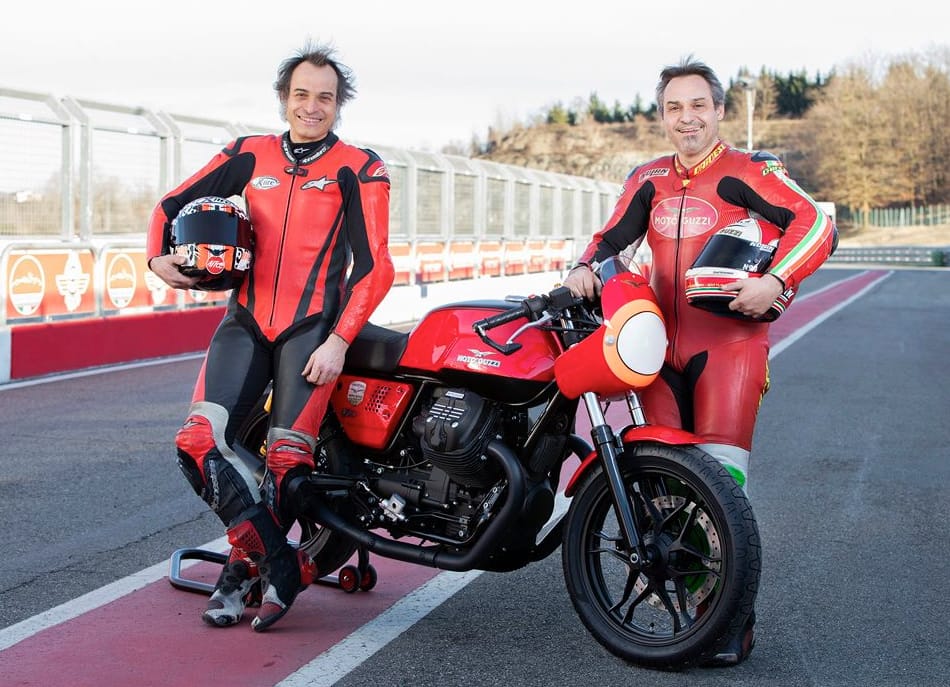 THE GUARESCHI FAMILY, A LINE OF GUZZI BIKERS. THE MANDELLO EAGLE RETURNS TO THE RACETRACK WITH THEIR KIT 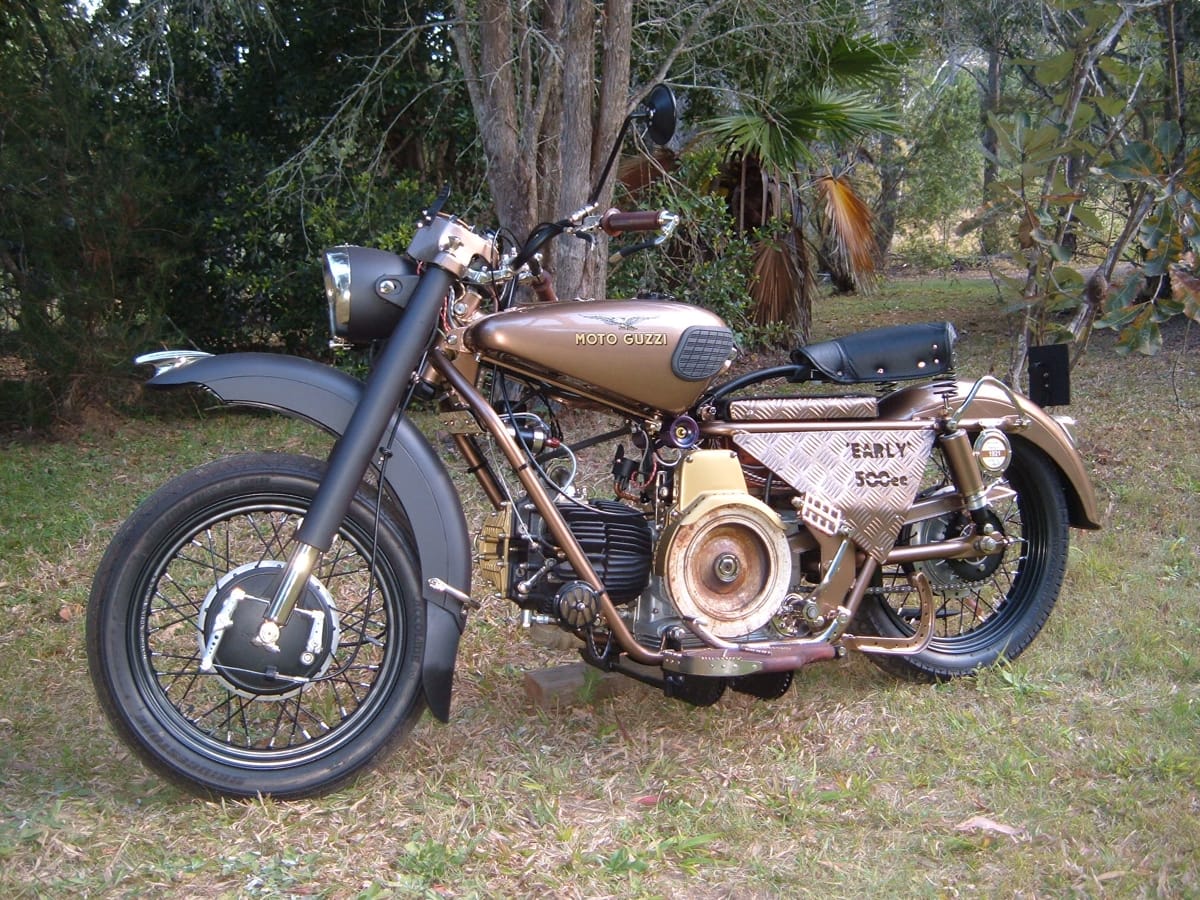 A FANATIC OF THE EAGLE BRAND AND THE VESPA. HE HAS TRANSFORMED A NUOVO FALCONE 500 INTO A SCULPTURE ON TWO-WHEELS, NAMED “RODRAT”.

GREAT SUCCESS FOR THE PROGRAM AIRED ON SKY ONE OVER MAY-JUNE. GUIDO MEDA, FASO AND DILETTA LEOTTA WERE THE PRESENTERS AND JUDGES OF THE EXCITING COMPETITION AMONG TOP CUSTOMIZERS. SEE THE PHOTOS OF THE STUNNING VESPA SCOOTERS HERE.

MOTO GUZZI VINTAGE: HOW TO REQUEST DOCUMENTS FROM THE FACTORY ARCHIVES 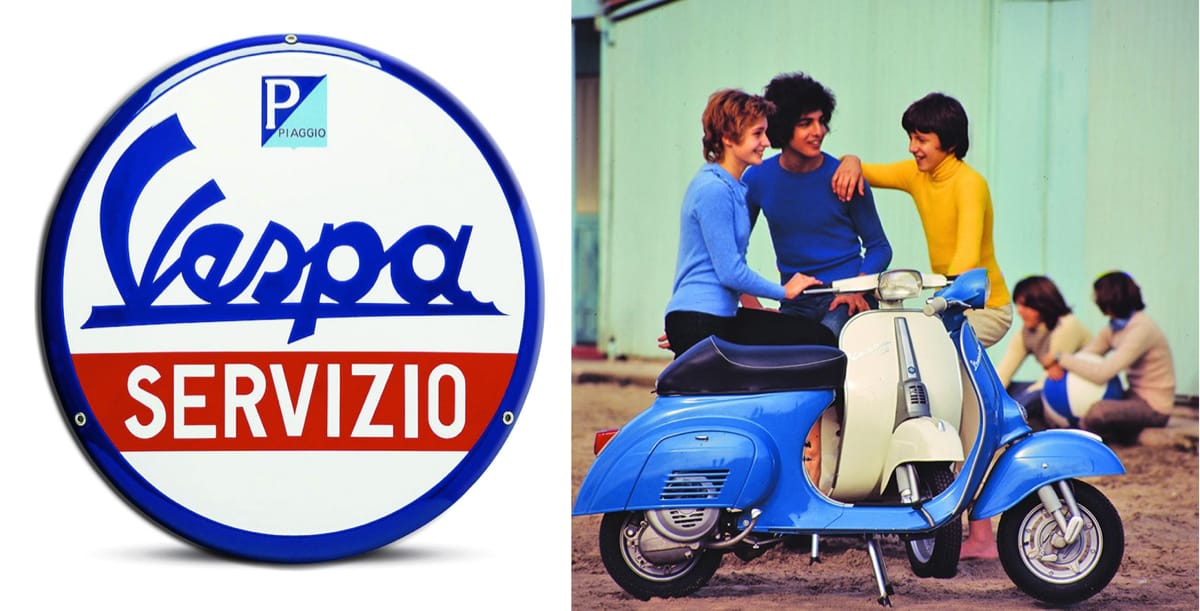 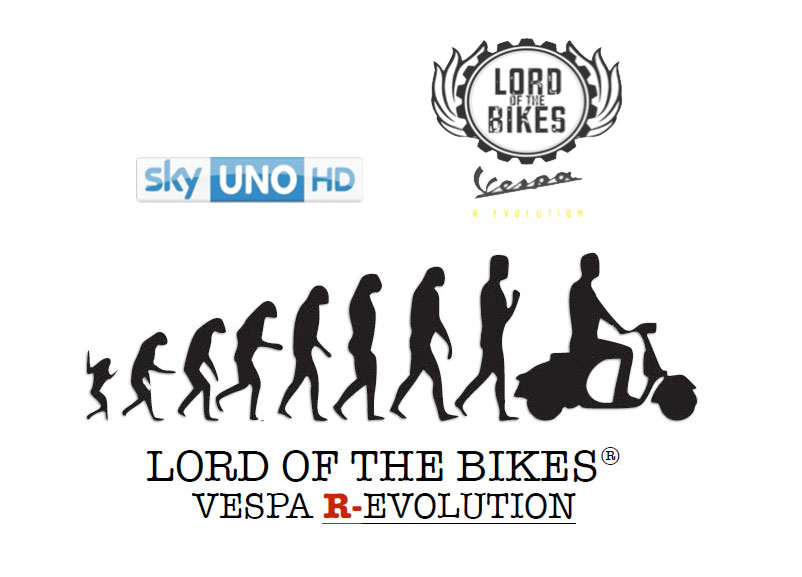 GUIDO MEDA, FASO AND DILETTA LEOTTA PRESENT THE TALENT SHOW FOR ITALY'S TOP VESPA CUSTOMIZERS. WITH THE VESPA SCOOTER HEADING THE BILL ON “LORD OF THE BIKES”, THE CUSTOM WORLD HAS NEVER BEEN SO GLAMOUROUS. FROM 8 MAY, FOR ITALIAN VIEWERS, EVERY TUESDAY AT 10.20 P.M. ON SKY UNO HD, AND ALSO AVAILABLE ON SKY ON DEMAND. 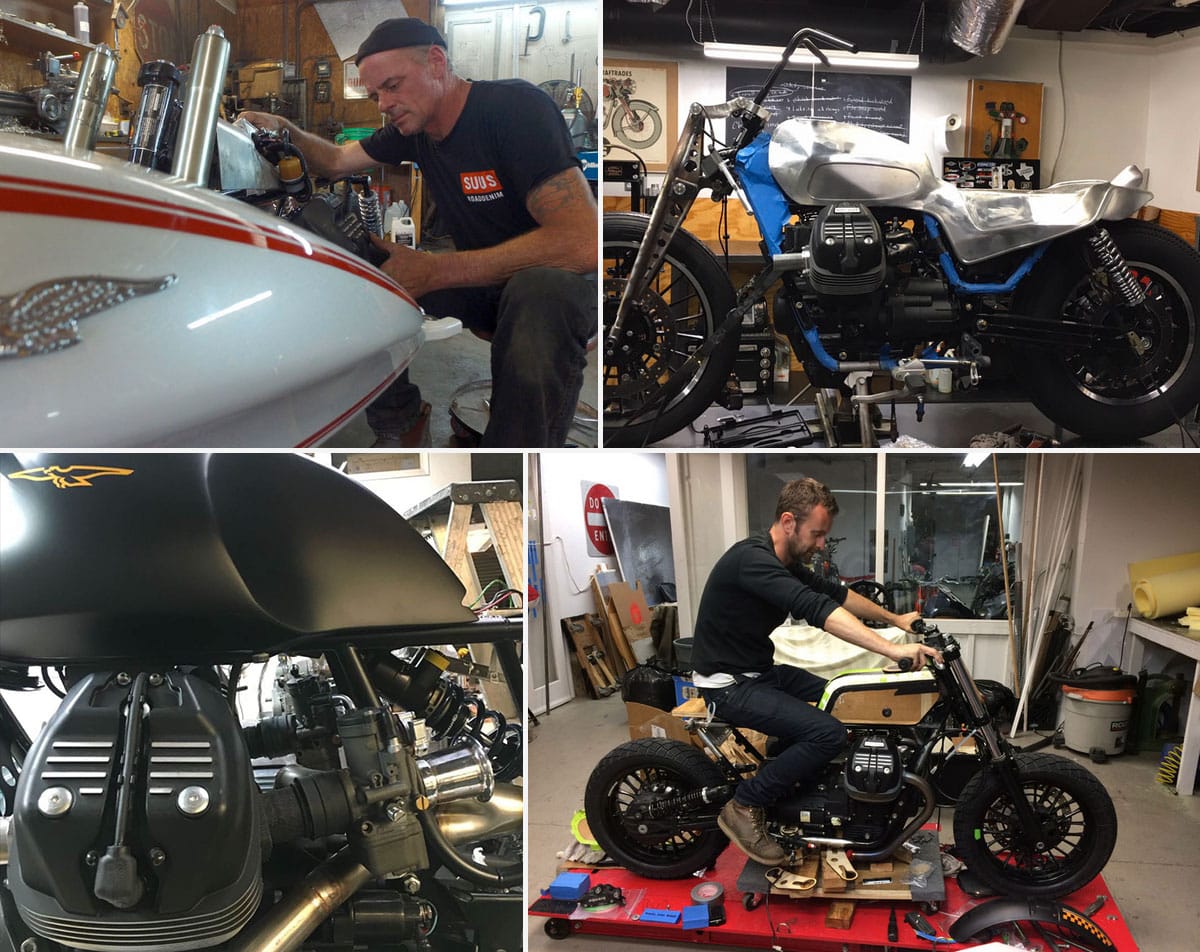 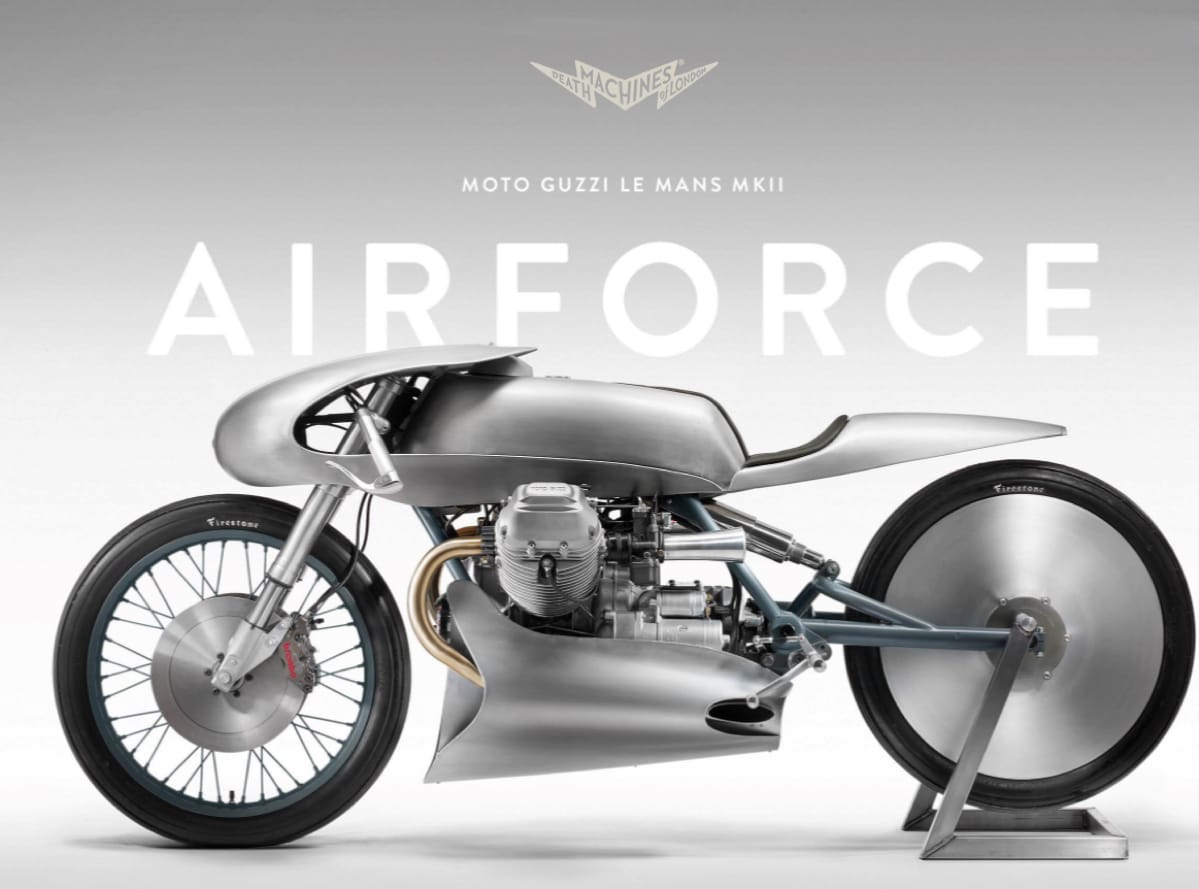 PRODUCED ON THE 130TH ANNIVERSARY OF THE BIRTH OF THE PILOT, A KEY FIGURE IN THE HISTORY OF THE MANDELLO EAGLE, A UNIQUE WORK BASED ON A MOTO GUZZI LE MANS MK II. PHOTOS AND VIDEO HERE. 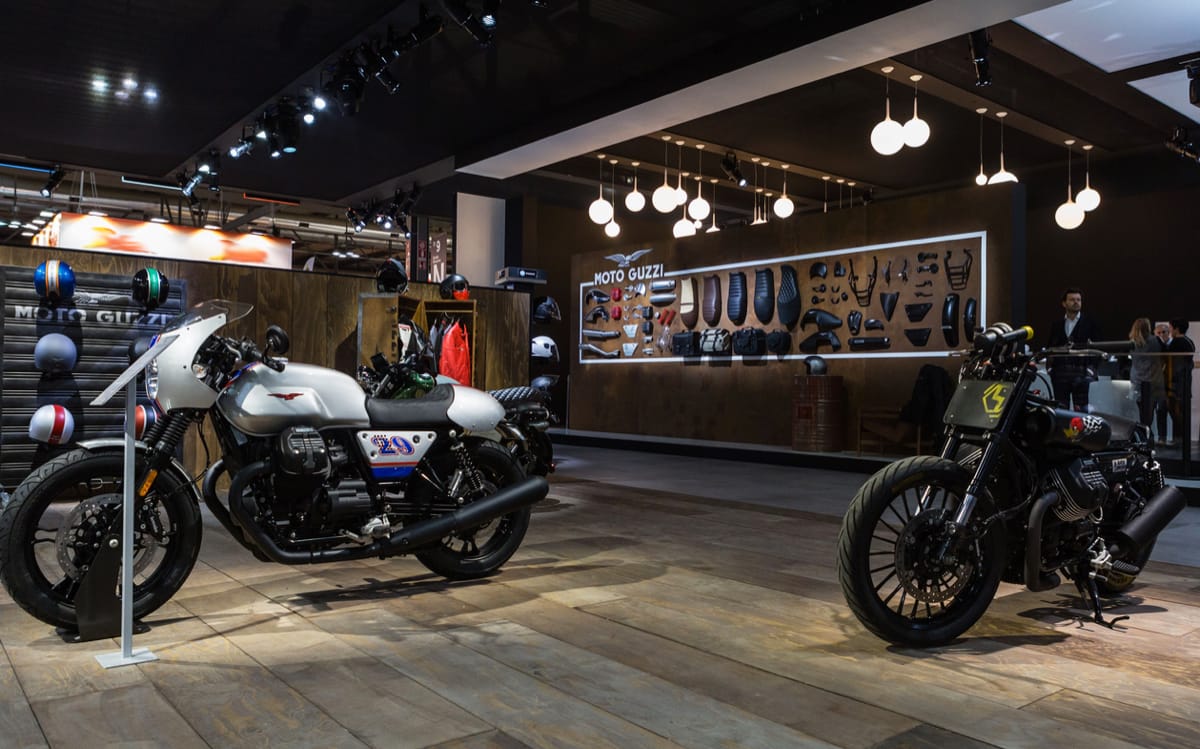 ON THE PIAGGIO GROUP STAND AND AT EAST EICMA MOTORCYCLE: THE BEST PHOTOS AND THE SOUTH GARAGE VIDEO FOR PRORASO. 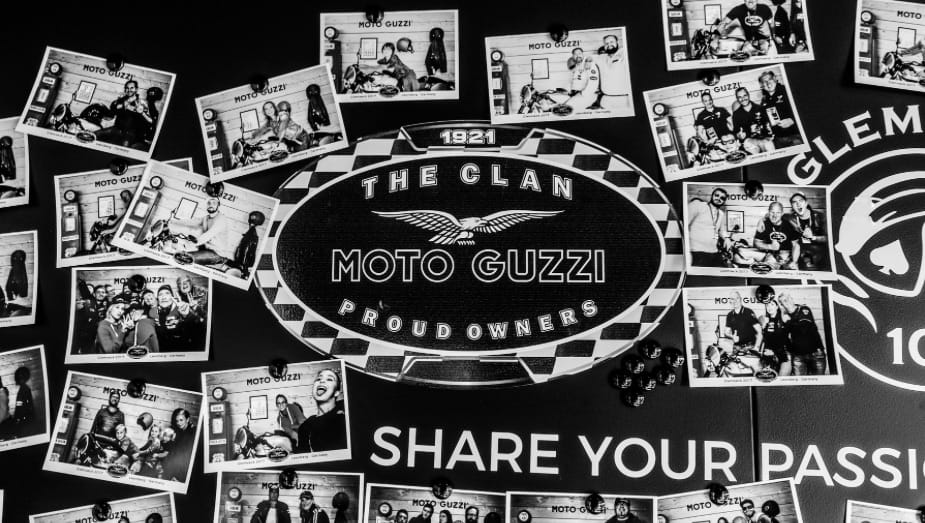 THE MOTO GUZZI BIKES WERE SHINING TO "THE BEST CAFE RACER EVENT IN EUROPE", THAT WAS HELD IN GERMANY, FROM 1 TO 3 SEPTEMBER 2017, ON LEONBERG'S SOLITUDE TRACK, IN STOCCARD STAMPS. HERE REPORT, CLIP AND PHOTOGALLERY.

A FINAL AT FULL THROTTLE FOR THE SECOND SEASON OF THE TV CONTEST ON THE SKY UNO HD CHANNEL: THE FINALISTS COMPETED TO CUSTOMISE A MOTO GUZZI V7 III SPECIAL ON A DIFFICULT BUT FASCINATING THEME: THE MOTORBIKE OF THE FUTURE.

IN THE ITALIAN TV CONTEST ON SKY UNO HD, PRESENTED BY RINGO, 10 OF THE TOP PROFESSIONALS BATTLED IT OUT. THEY CREATED MOTORISED SCULPTURES, INTERPRETING A SELECTED MOTO GUZZI MODEL. THE FINAL STARRED THE NEW V7 III, A 50TH ANNIVERSARY TRIBUTE TO THE LEGENDARY V7.

THE BEAUTIFUL OF LORD OF THE BIKES 2017

THE VIDEOS OF ALL THE MOTO GUZZI SPECIAL

VIDEOGALLERY:
ALL THE MOTORCYCLES OF “LORD OF THE BIKES” 2017 –
MOTO GUZZI COLLECTION

THE VIDEOS OF THE 10 TEAMS OF CUSTOMISERS

VIDEOGALLERY:
ALL THE GARAGES OF “LORD OF THE BIKES” 2017 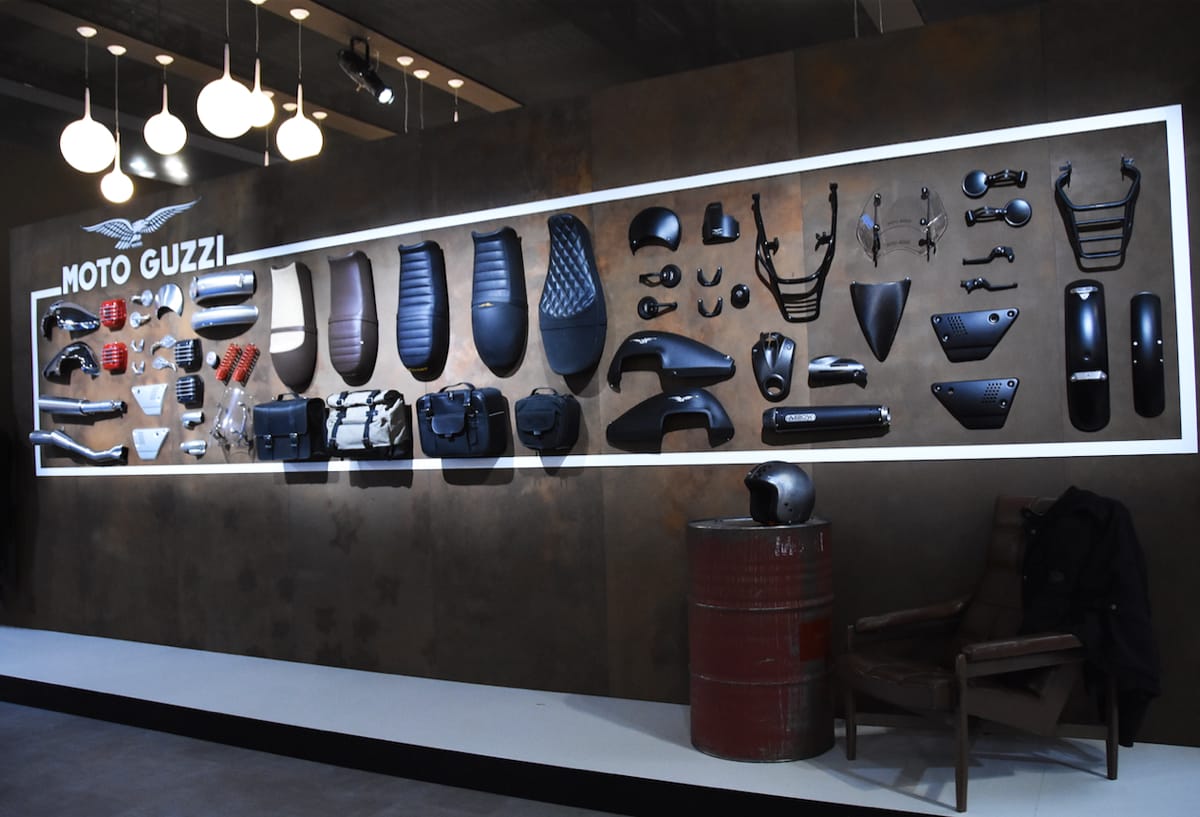 AND YOUR MOTO GUZZI BECOME UNIQUE. ENTER INTO THE GARAGE AND DISCOVER ALL THE BEAUTY OF CUSTOMIZATION.

THE MOTO GUZZI FINALISTS OF THE CONTEST “LORD OF THE BIKES”, FIRST EDITION. THE VIDEOS: ON STAGE V7 AND V9 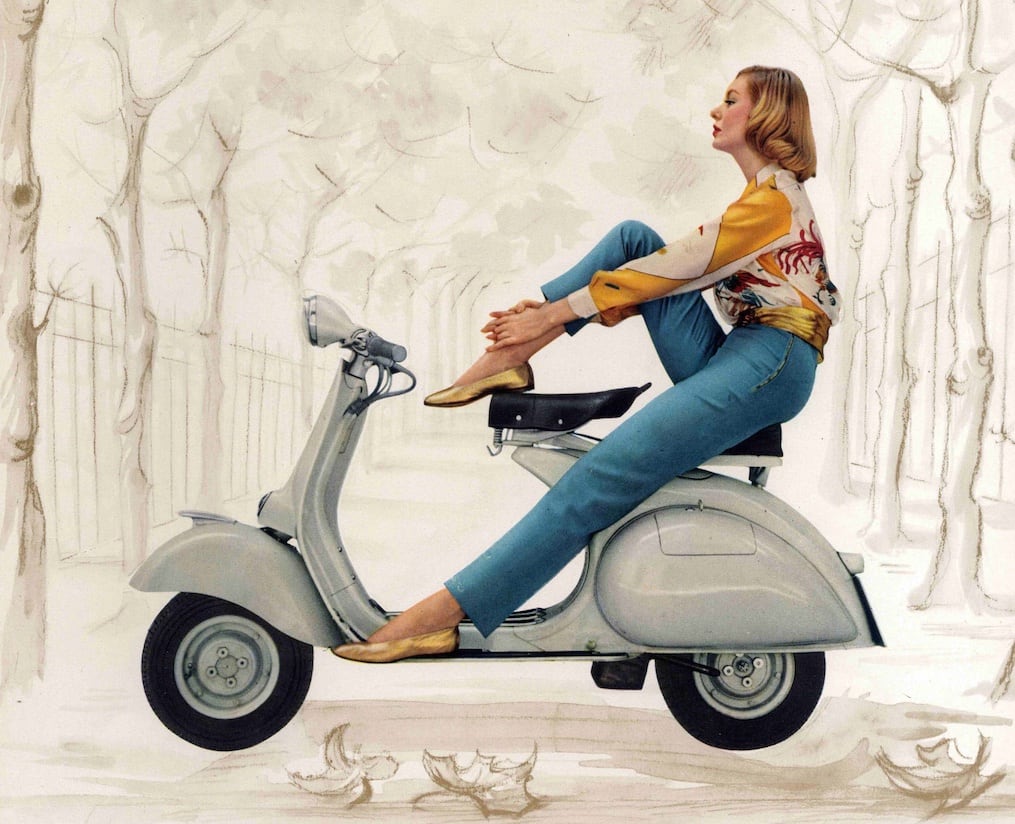 VESPAS WORTH A FORTUNE 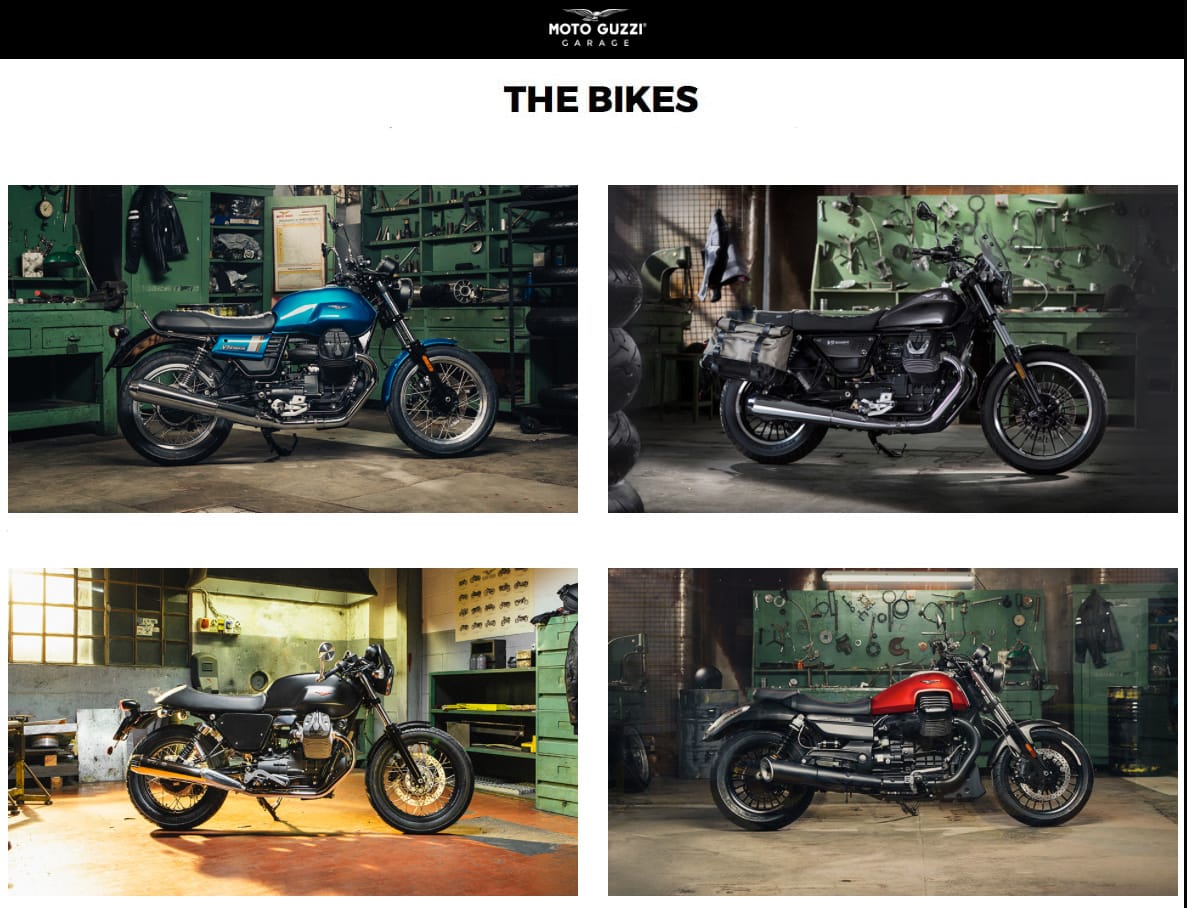 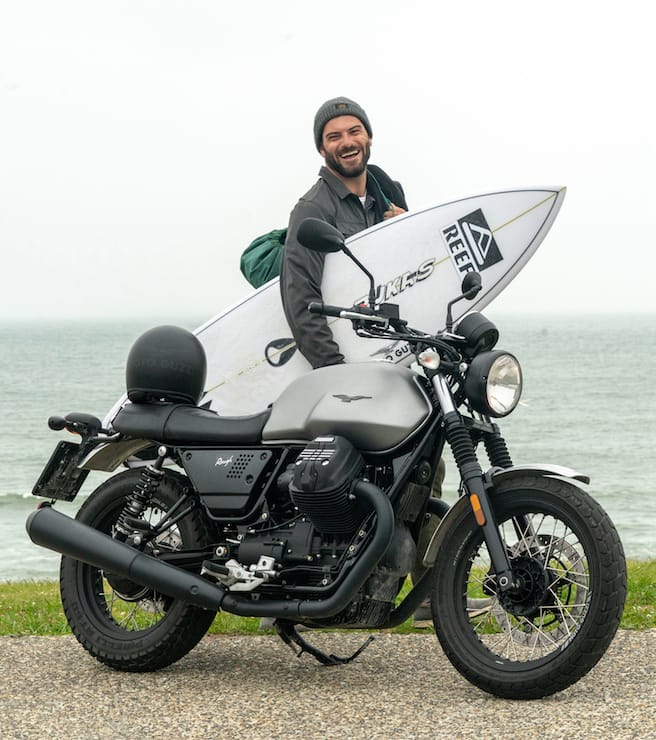 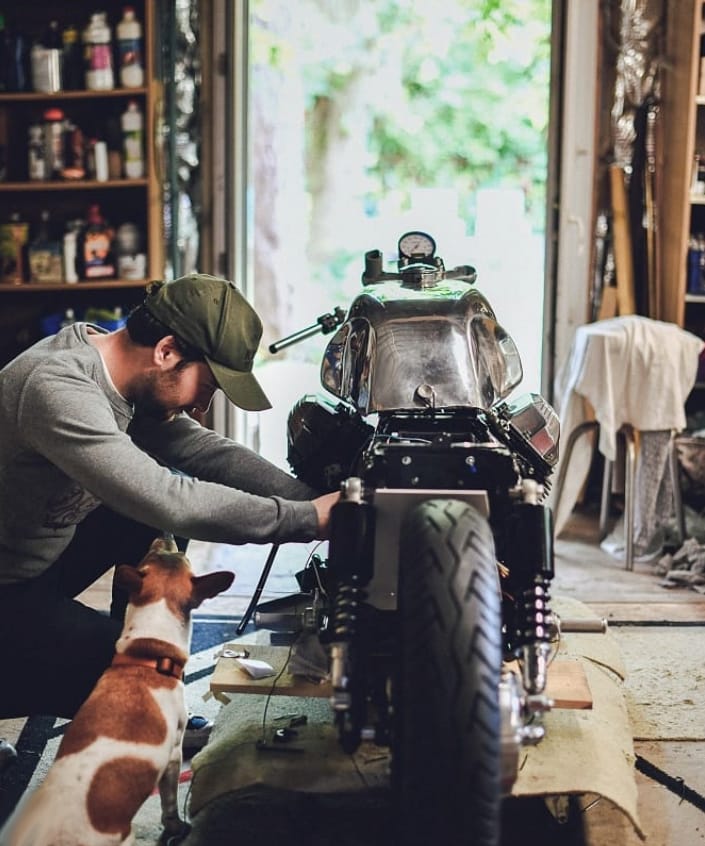 THE FRENCH CUSTOMIZER 4H10 IS CREATING A SPECIAL ON BASE MOTO GUZZI LE MANS III, ON THE OCCASION OF THE FESTIVAL WHEELS AND WAVES OF BIARRITZ (14-17 JUNE 2018). AND ASKS THE GUZZISTS TO CHOOSE THE NAME. 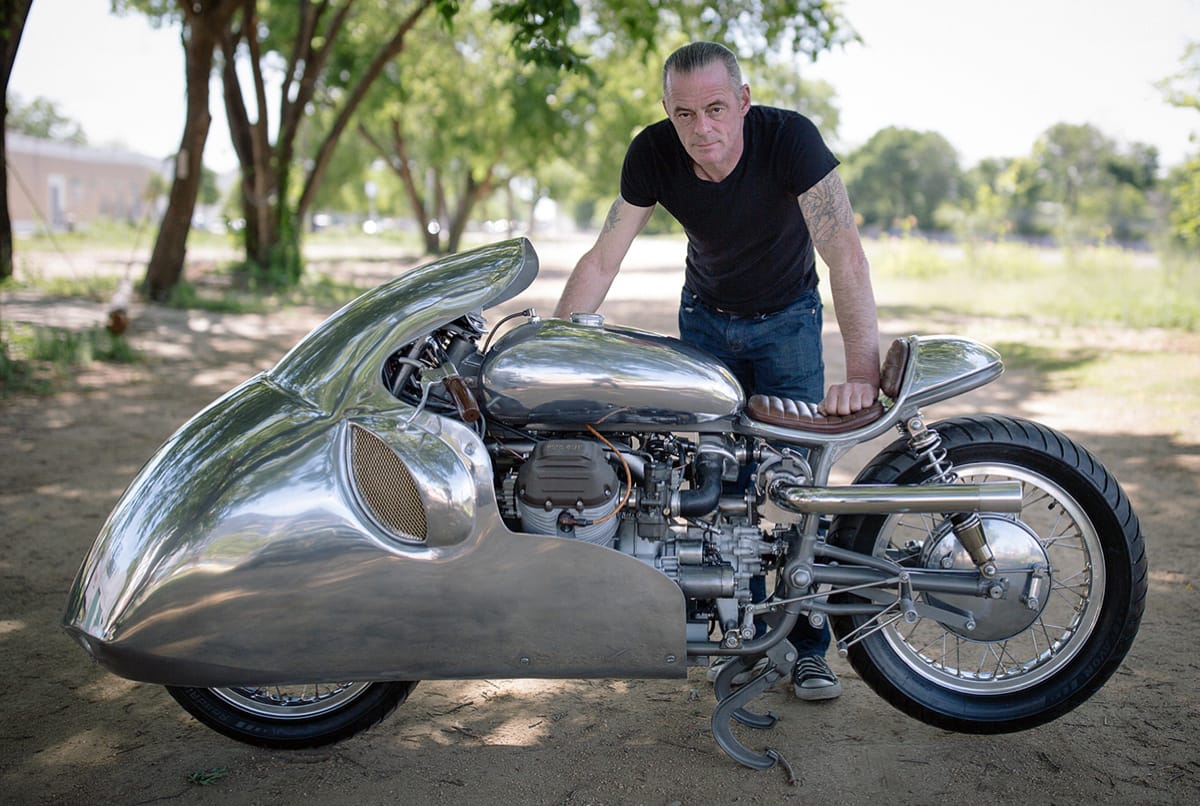 THE MOTORCYCLING ART OF CRAIG RODSMITH

AUSTRALIAN BY ORIGIN, HE LIVES IN LAKE COUNTY. SINCE THE 1970s HE HAS BEEN CUSTOMIZING MOTORCYCLES. HE LOVES MOTO GUZZI, TO WHICH HE DEDICATES HIS PREFERRED CREATION BASED ON A 1969 MG ELDORADO, TRANSFORMED INTO A DUSTBIN RACER. “A BIKE WITH A SOUL”. 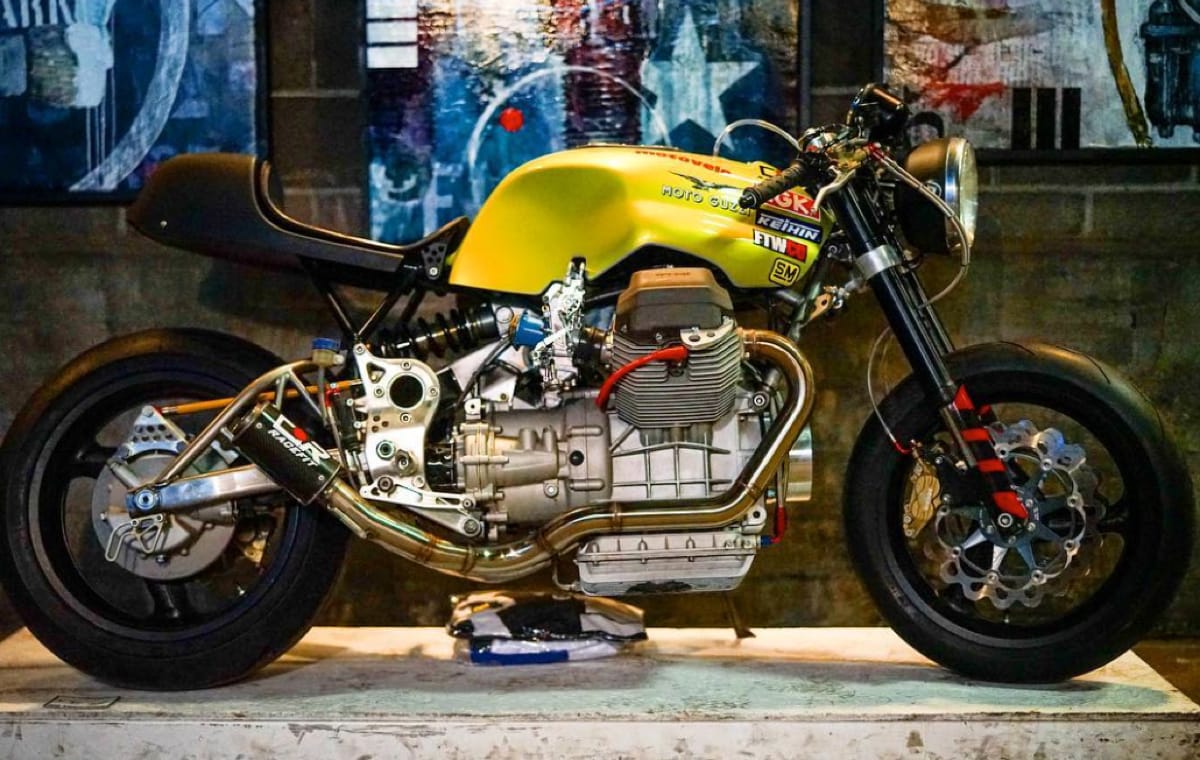 MOTO GUZZI SPECIALS AT “THE ONE MOTO SHOW” 2018

On 15 October 2017, the Autumn Stafford Sale, an important event for collectors of motorcycles and spares, organised by the Bonhams auction house at the Staffordshire County Showground in Stafford, will be putting a host of vintage racing bikes up for auction; and that’s not all. Together with rare Ducati, MV Agusta, Laverda, Norton, Vincent, Honda and other old motorcycles going under the hammer, the Aprilia RSW 250 from the MotoGP championship of ten years ago will be one of the “top attractions” among the lots on sale.

The bike’s colours are those of the Fortuna Aprilia team, then the official Noale squad, with whom Jorge Lorenzo (born in Palma, Majorca, in 1987) won two championship titles: MotoGP World Champion in the 250 class in 2006 and in 2007. The prestigious and historic auction house (established in 1793) has put a value of between 110,000 and 160,000 on the motorbike. 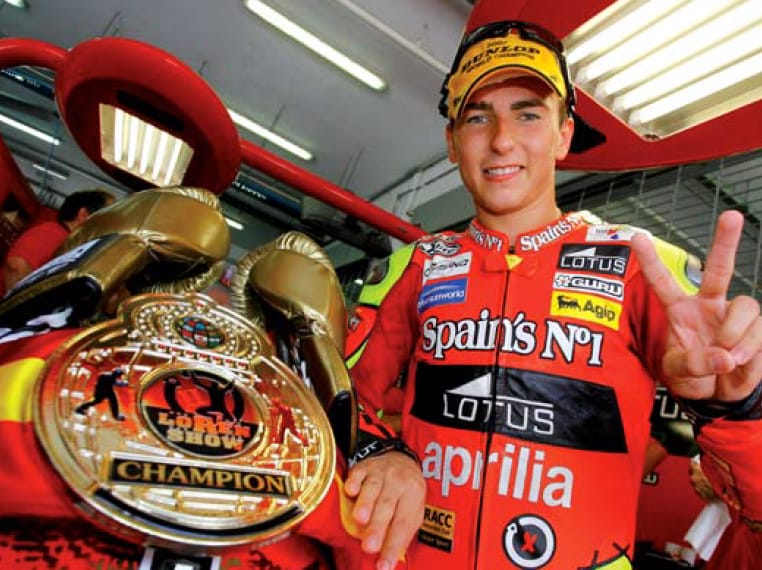 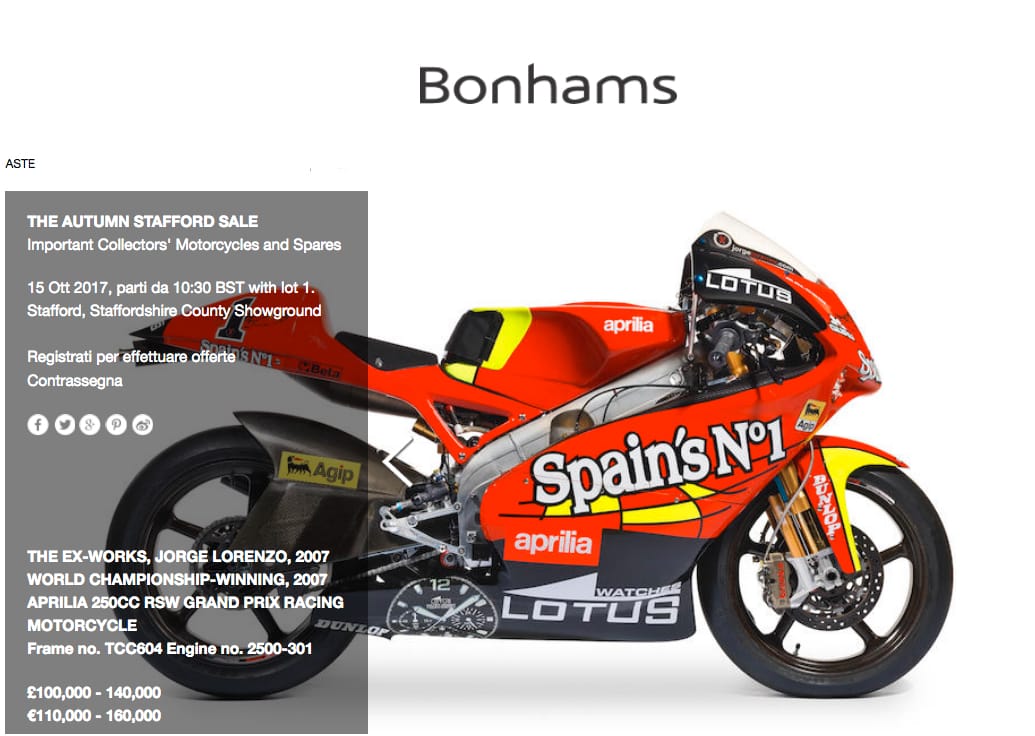 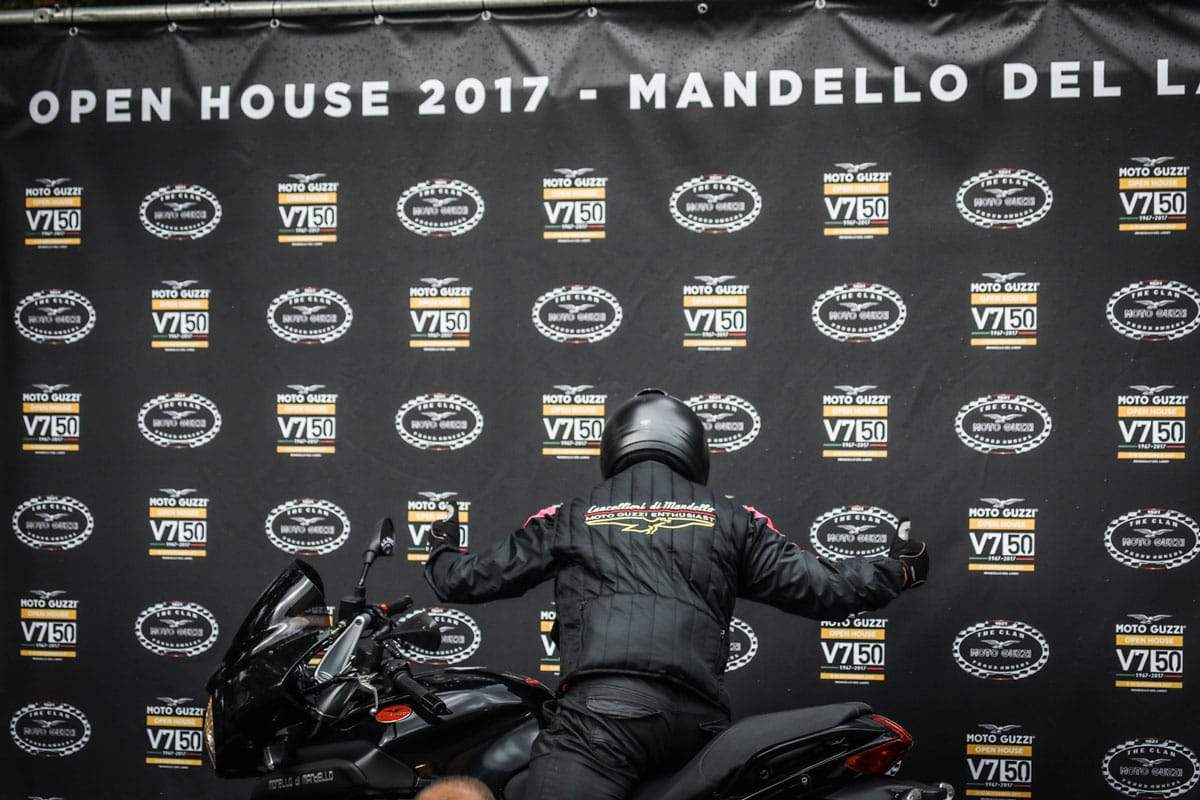 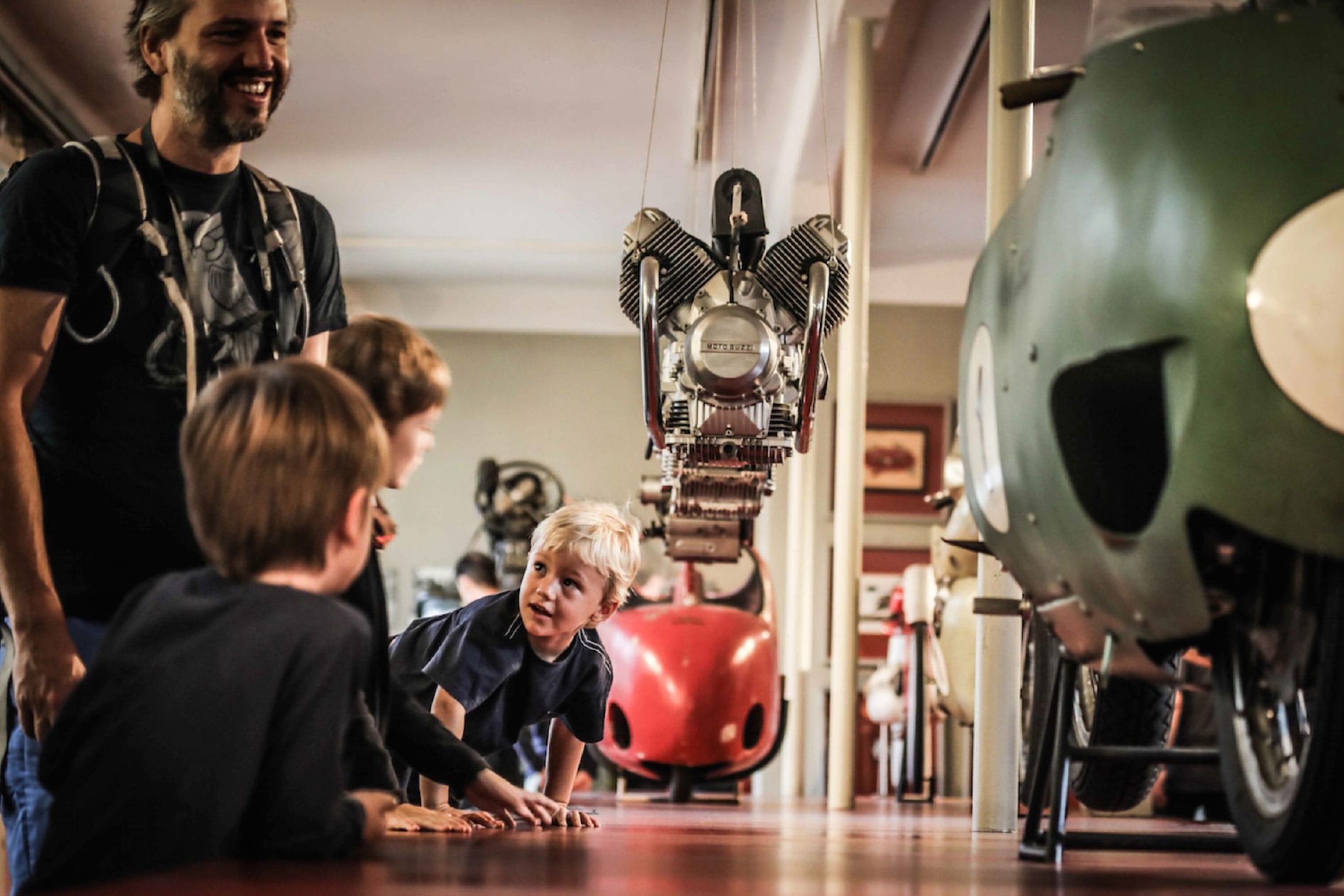 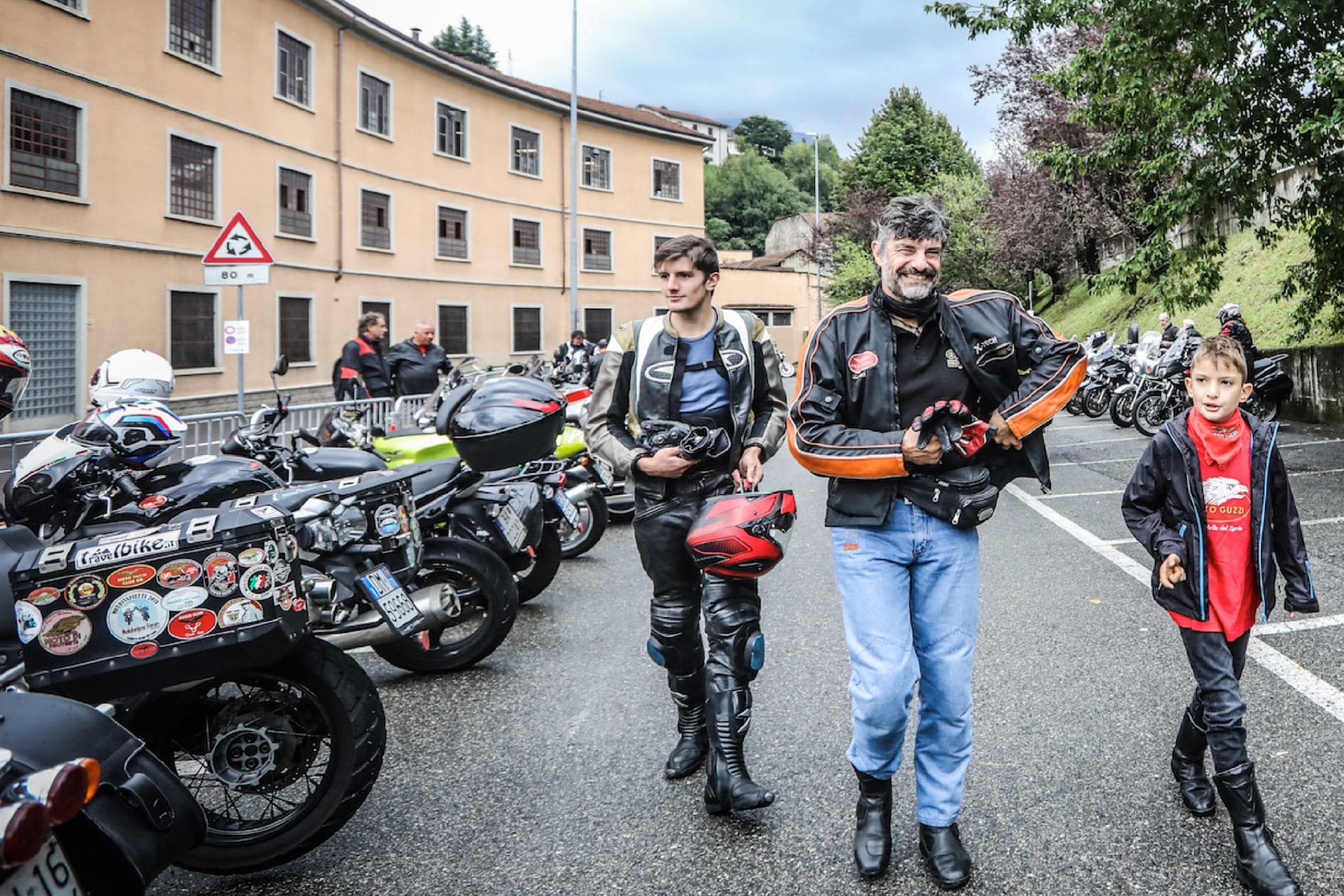 These photo galleries for the readers of Wide is also dedicated to the heroes and heroines – all 15,000 of them! – who braved the bad weather this year to be there. The shots from Mandello del Lario, the homeland of the Eagle brand, pay tribute to an ever-lasting passion. And the next generation of Moto Guzzi bikers are already coming to the fore. 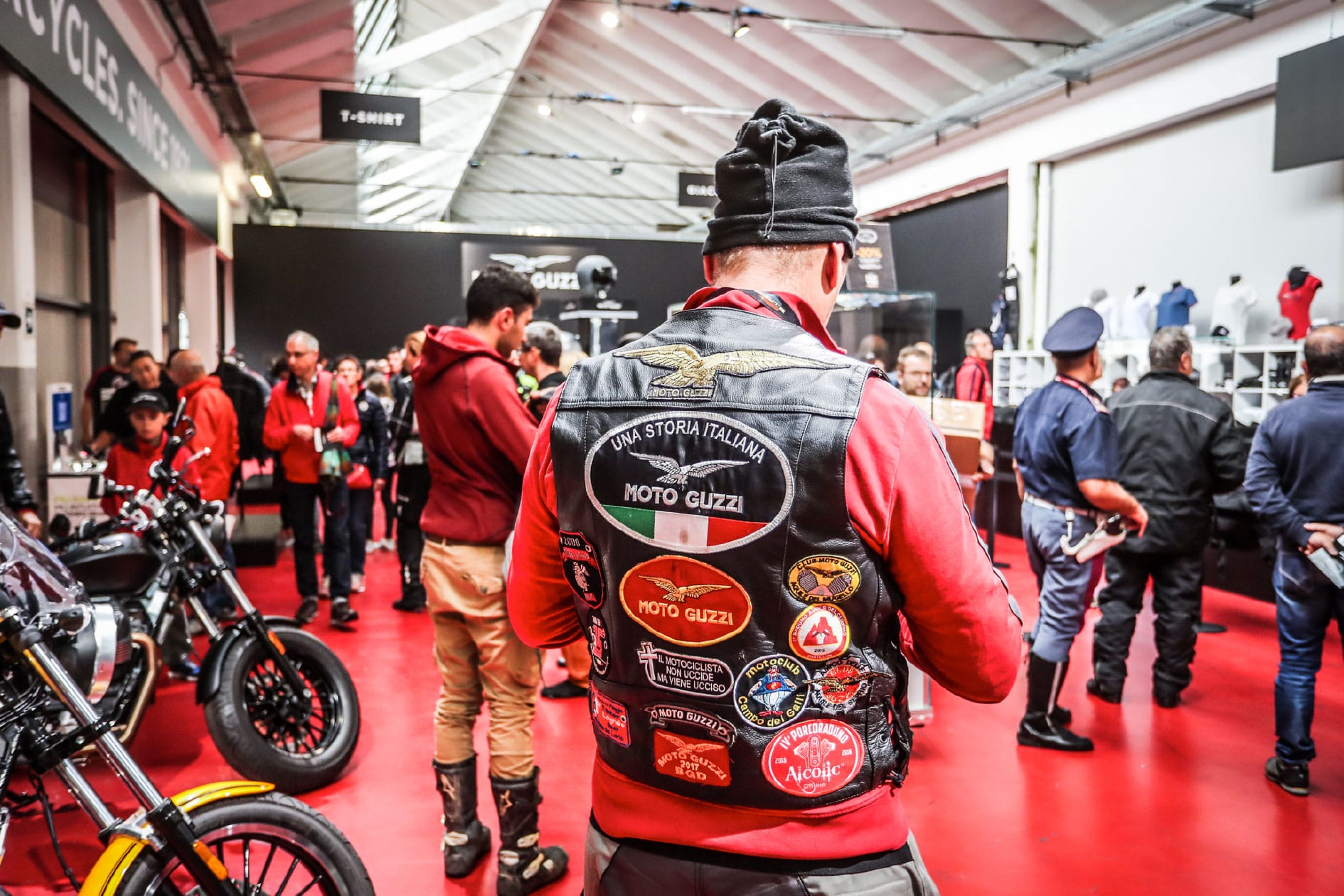 DEDICATED TO THE EAGLE BRAND 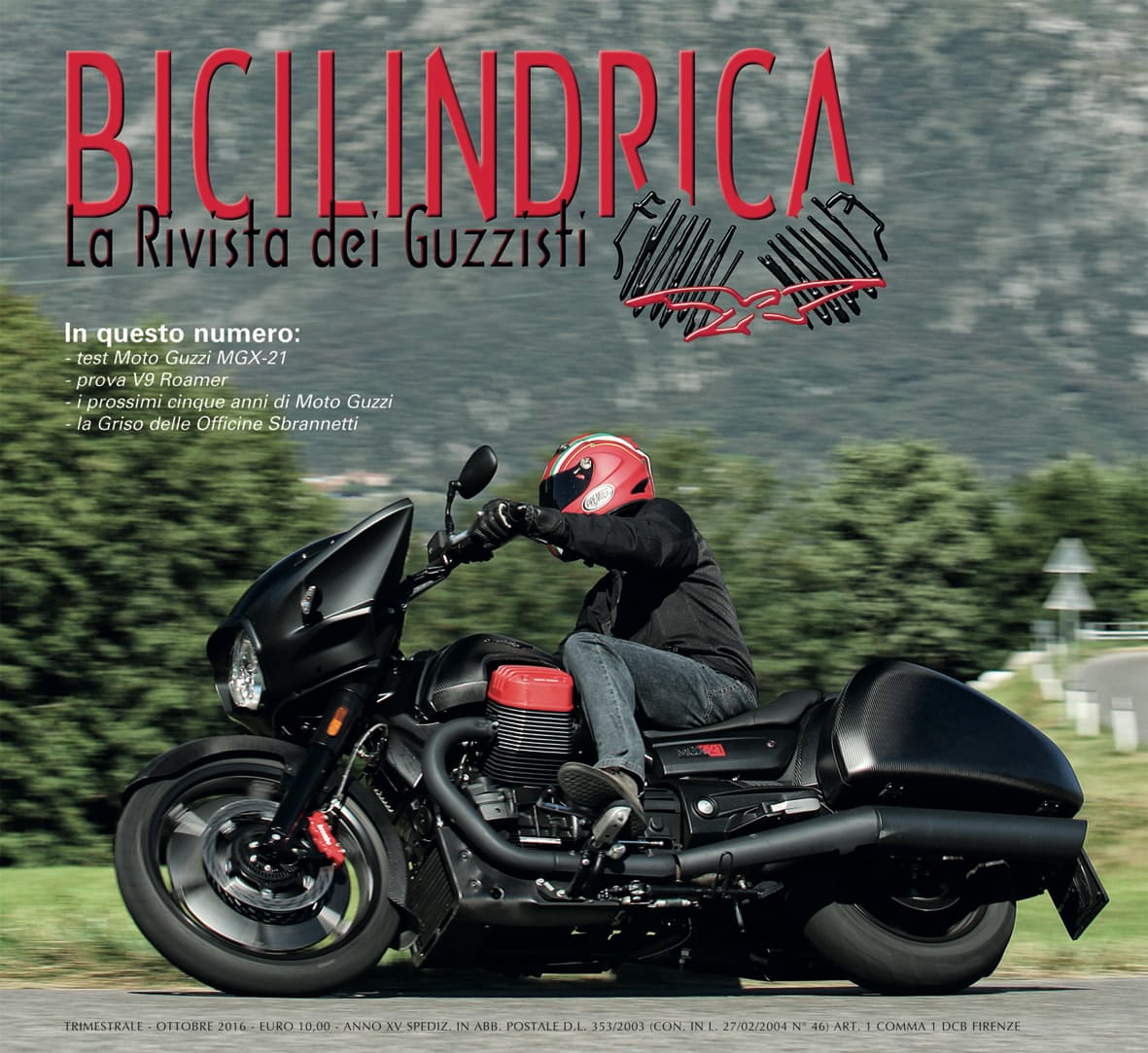 THE SPECIAL BIKE DESIGNED BY RADICAL GUZZI WINS THE POPULAR VOTE IN THE CONTEST IN WHICH SIXTEEN MOTORBIKES COMPETED; VICTORIES IN THE SPEED RACES TOO: FIRST PLACE FOR MOTO GUZZI RIDER JOSEF LEITL IN THE FINAL RIDERS SCOREBOARD AND SECOND PLACE FOR THE MGR 1200 IN THE MANUFACTURERS SCOREBOARD. 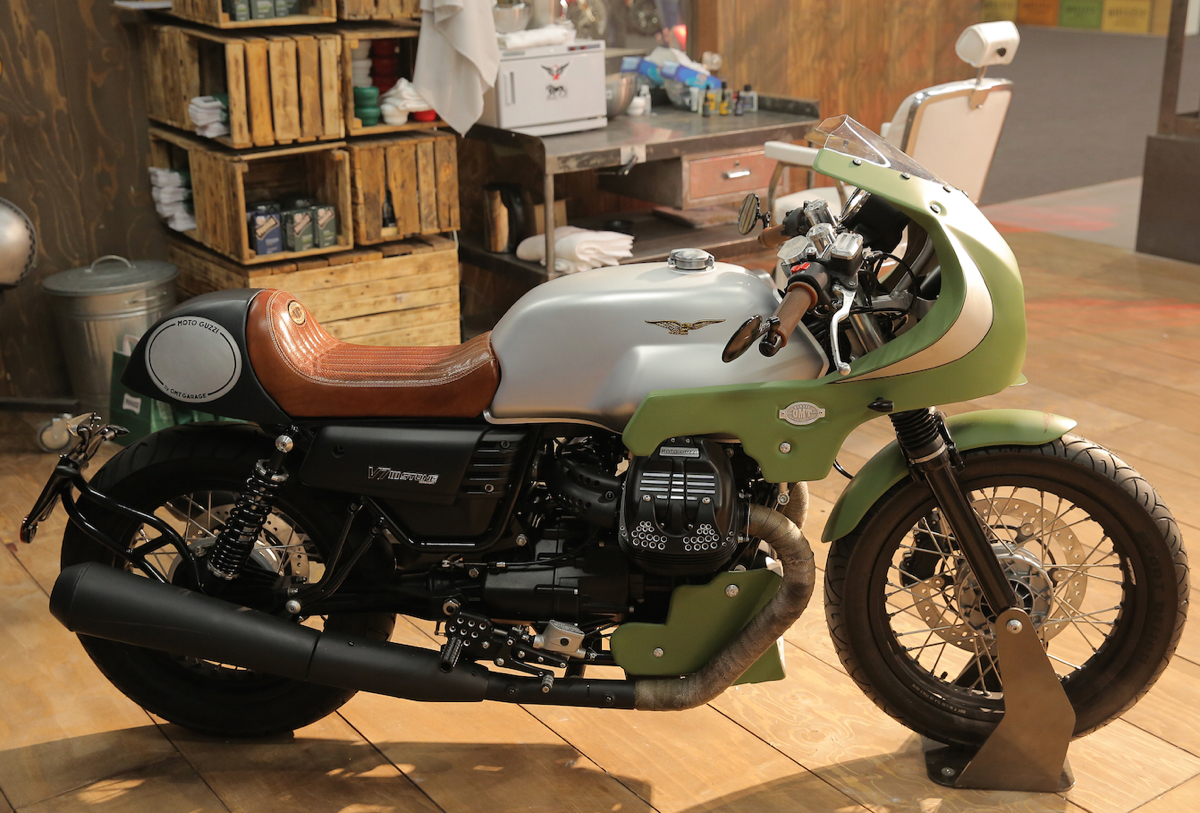