IN DUBAI, VESPA GT WITH SIDECAR TO GO... FISHING

September 2020 - News from the United Arab Emirates in and around Dubai (and also in Bahrain) reports that Vespa GT customer purchase the ‘standard’ scooters from dealers of the importer (Society Motors) and then take them to specialised workshops to have a sidecar made, perfectly colour-coordinated with the livery of their Vespa, even taking care of having it certified through the local authorities.

There is the “classic” sidecar, a passenger carrier model, complete with windscreen, and the version with a tow hook is all the rage. It comes complete with tubes on the side to carry fishing poles, fastened to the body, ready to go fishing with all the necessary equipment. Riding in style on the elegant seaside streets of the modern Arab capital on the Arabian Gulf.

SIDECAR FANS. Many Vespa enthusiasts love the vintage models with sidecar; like Joe Bordiere (of Bethlehem, Pennsylvania in the United States) who has three beautiful Vespa units, all in red. One of them has a truly original sidecar. On the back, he has positioned a sort of tray that acts as a table where all the accoutrements needed to make an Italian espresso can be arranged (moka coffee pot, cups and even Italian sambuca liqueur to “spike” the coffee).

It’s his “Vespa Espresso & Cigar Bar”, a 1972 VBB 150 model, that he has ridden for years in the Watertown Memorial Day. Joe’s collection also boasts a modern Vespa 300 Super, also with a sidecar, and a 1966 Super Sport. It is a passion that stems from his Italian origins.
SIDECAR MINI-HISTORY. The first Vespa sidecars were placed on the market by specialised companies, already in operation before the Second World War. Piaggio presented its own sidecar to the press in December 1948. It was designed by the same engineer who was dubbed the “father” of the Vespa and his single-arm sidecar fastening system had never before been used by any other manufacturer anywhere in the world. At that time, the sidecar was mounted directly in the factory or at the dealership.

In the first two years, 600 sidecars were made and, in December 1950, the version for the Vespa VL2 appeared (in the photo below, unit on display at the Piaggio Museum, in Italy) with upper finishing and rear bumper.

Also worth a mention is the concept Vespa GTV 250 Sidecar, presented at the 2008 Eicma international show in Milan (in the images below), an elegant sidecar with rounded lines that was reminiscent of the nineteen-fifties era model.

The charming vintage Vespa models with sidecars are available today for special events and weddings from specialised rental companies, also used for tourism. A slow and original experience in full Vespa style.

(Images in the background of this article taken from: on the left, 1960 brochure distributed in Portugal; on the right, historic advertisement in Denmark. In the image below, a Fifties-era brochure for the American market). 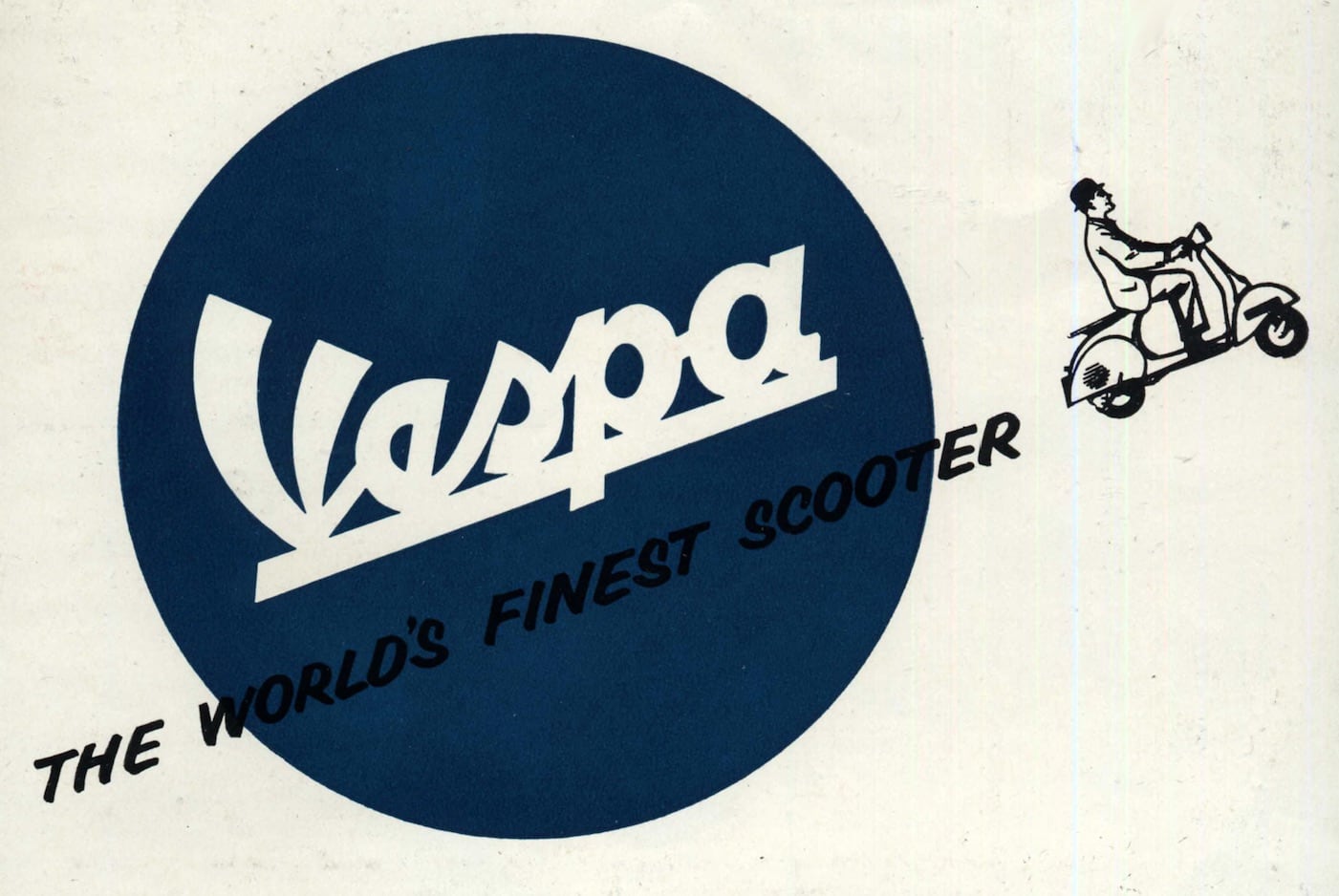