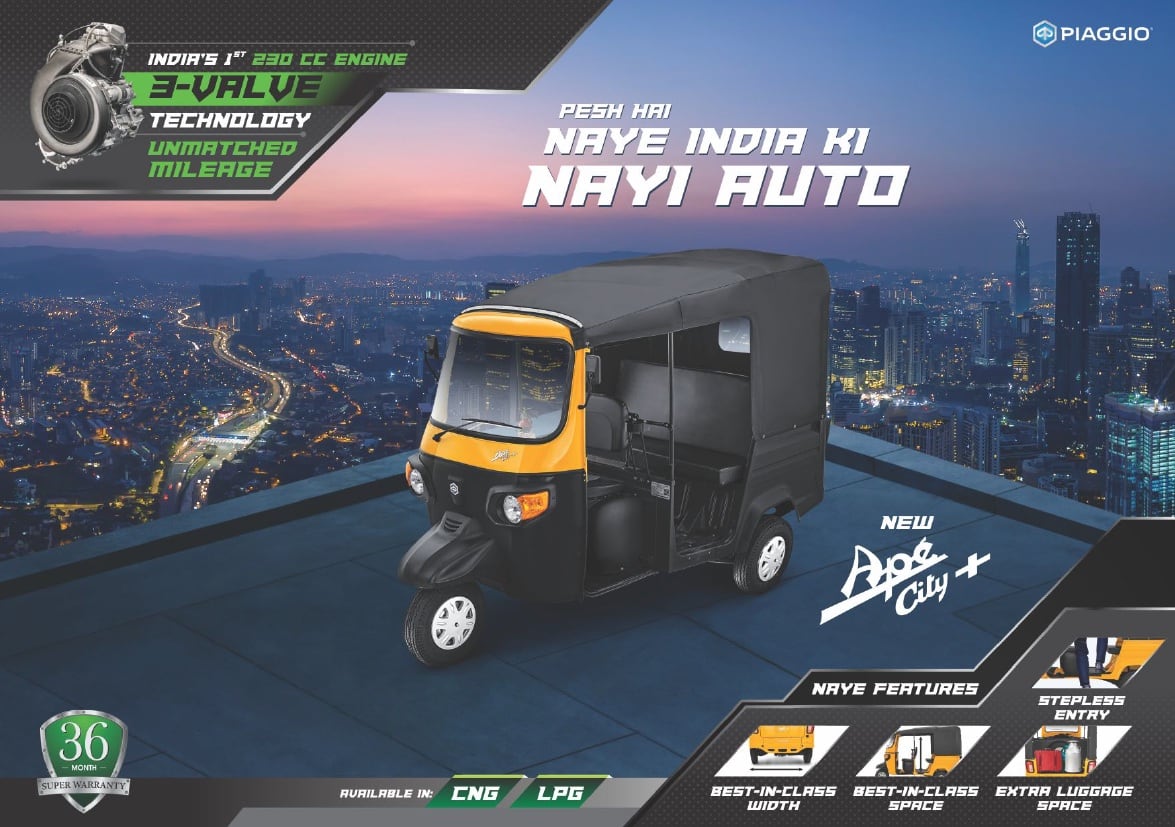 IT IS THE FIRST ON THE INDIAN MARKET WITH 230 CC ENGINE AND 3-VALVE TECHNOLOGY. PRESENTED AT MUMBAI IN THE GAS VARIANTS: LPG AND CNG. THE RANGE IS COMPLETED WITH THE DIESEL AND PETROL ENGINE VARIANTS. BEST IN CLASS, ALSO IN CUSTOMER SERVICES. HERE IS THE ENGAGING LAUNCH VIDEO.

July 2019 – The new product that Piaggio Vehicles Pvt. Ltd. (PVPL, the Piaggio Group subsidiary in India) presented on 14 June 2019 in Taj Lands End, of Mumbai (also broadcast on Facebook Live) is making quite a stir: it is the new Apé City+, the first in India in the AF category (Alternative Fuel, such as LPG and CNG) equipped with the 230 cc engine 3-valve technology in the "mid-body" 3 wheeler segment. The new model is the result of a new platform, developed jointly by the Italian and Indian teams.

The Apé City+ is available in a wide range of variants to meet any transport need in the city or the outskirts; available in four versions with as many fuel variants: GPL, CNG, petrol and diesel. The customer services package is also vast: 36-month warranty for the CNG/GPL and petrol versions in addition to the Supersaver programme (which offers customers 5 free programmed services, with no charge for general maintenance, parts and labour in the first year). The diesel version of the Apé City+ has a super warranty of 42 months. 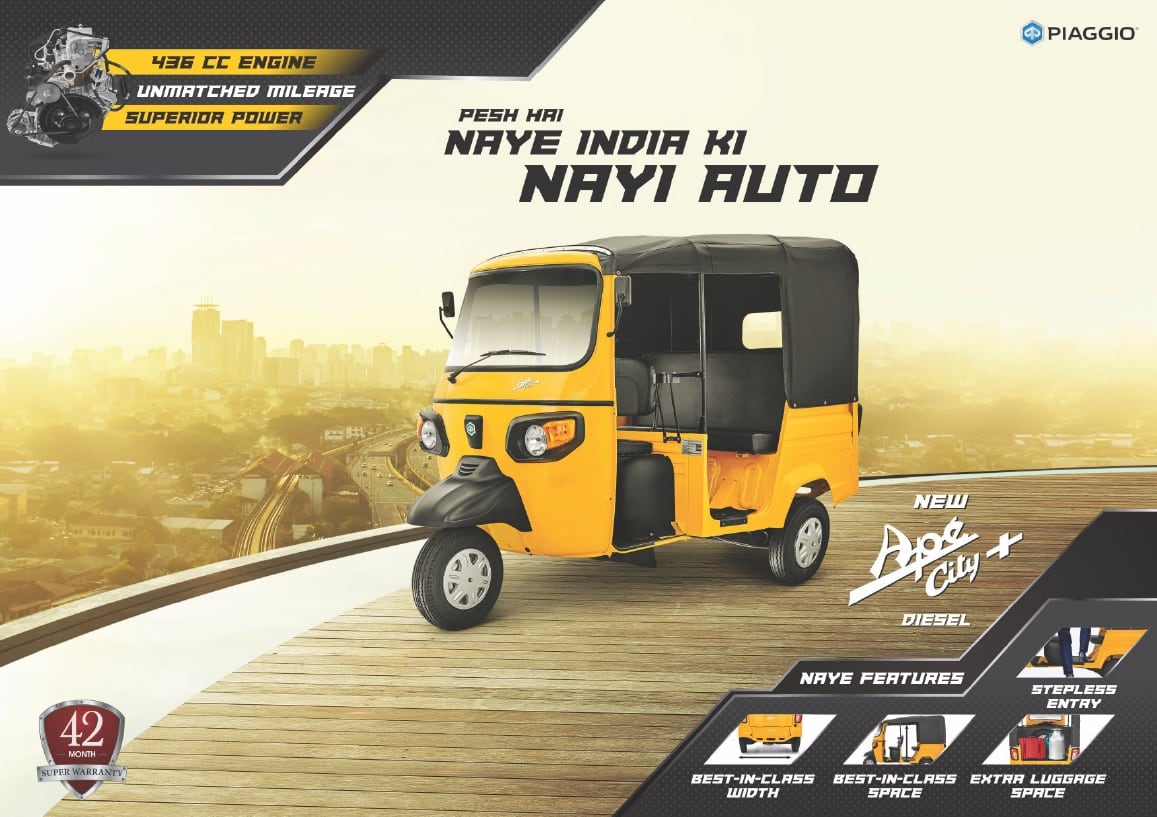 During the launch in Mumbai, Diego Graffi, MD & CEO of Piaggio Vehicles Pvt. Ltd. stated: “In India, the last mile passenger transport dynamics in changing rapidly as cities are expanding into suburbs. There is a requirement of a versatile commercial people carrier which can cater to both in-city and outskirt applications. Keeping this in mind we have developed the new Ape’ City+ which is suitable for both city as well as outskirts and it will definitely address the gap which is there in the last mile connectivity. 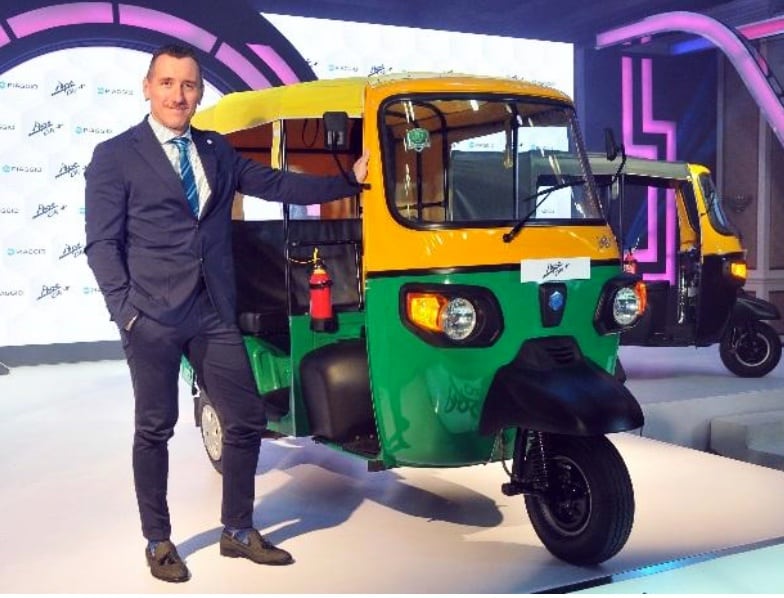 It has been designed in such a way that it will give our customers assured superior performance. It is a revolution in the 3-wheeler mid-body segment. It is equipped with India’s 1st 230 cc 3-valve technology engine in alternate fuel variant and proven 436 cc engine in the diesel variant both of which offer great power. With the 3-valve technology engine, our customers are assured to have greater earnability with low maintenance cost. Its features make Ape’ City+ a preferred choice in the mid-body segment of 3 wheelers.” 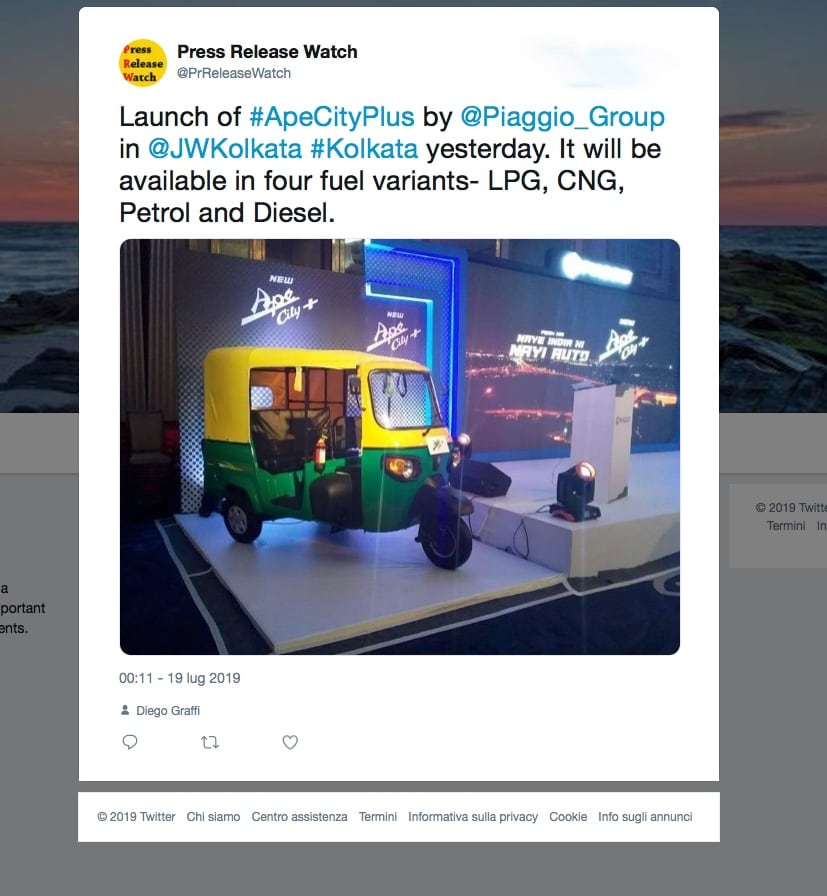 After Mumbai, launch of the new Apé City+ in Calcutta in mid-July.

PVPL Facebook, with the videos of the Mumbai launch:
www.facebook.com/pvplindiacv

AN AWARD FOR PVL INDIA. 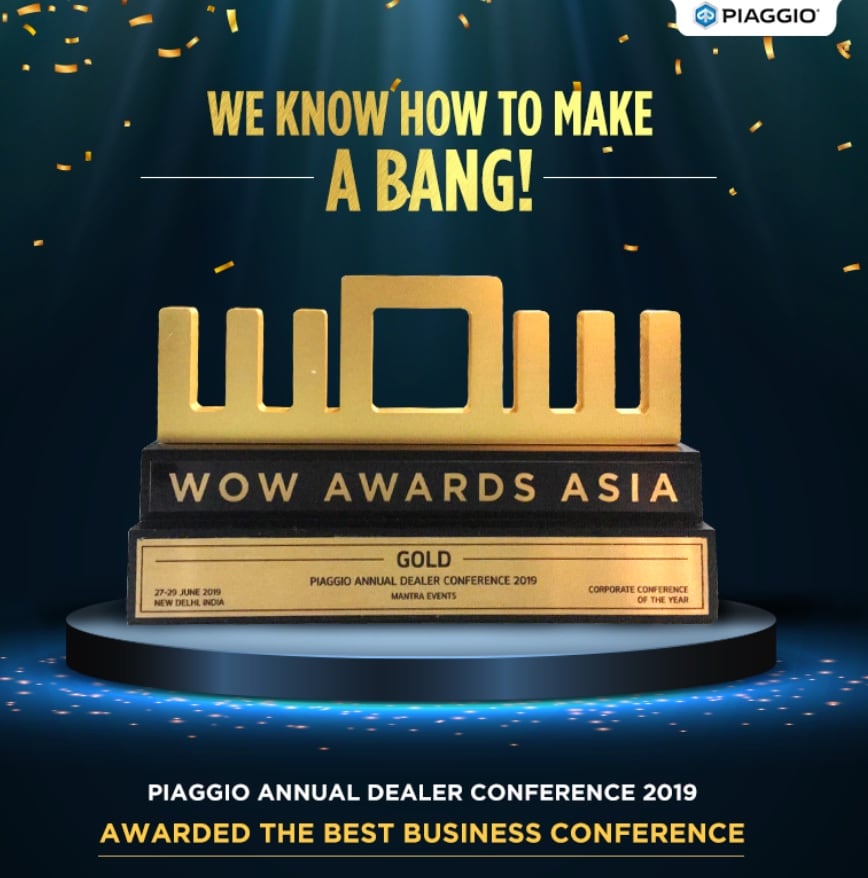