PEOPLE MEMORIES – 100 YEARS FROM HIS BIRTH 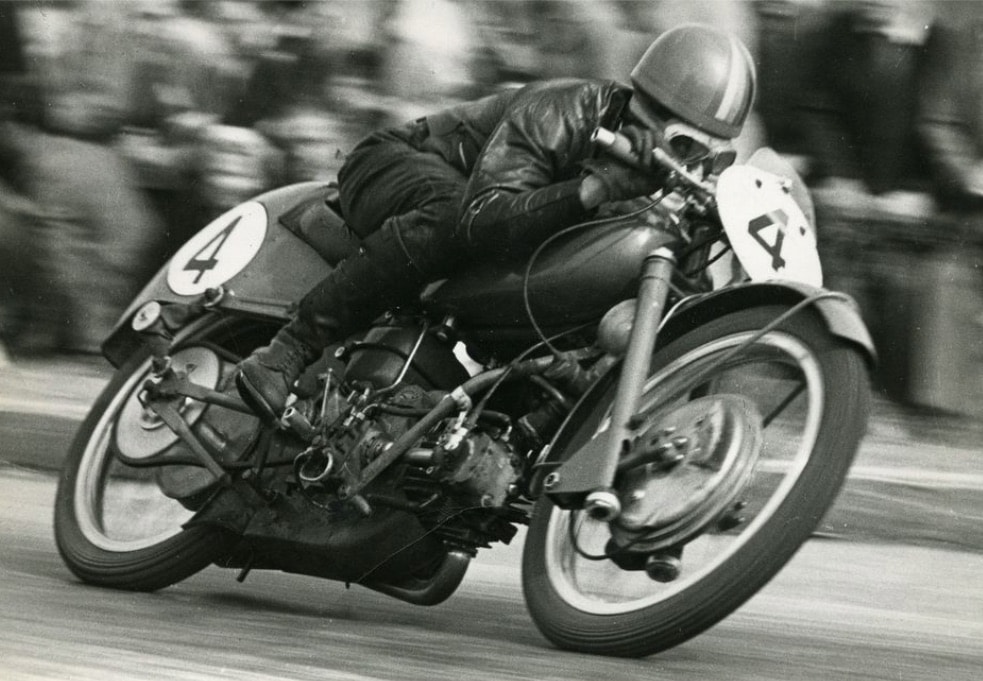 December 2020 – For the newspapers and TV stations, as well as for numerous fans, the recurrence of 9 December 2020 did not go unnoticed - the one hundredth anniversary of the birth of motorcycle racing rider Bruno Ruffo (native of Colognola ai Colli, in the Verona province, who died on 10 February 2007), record holder and two-time world champion on Moto Guzzi.

Images from the report that TGR Veneto-RAI 3 (Italian national television network) dedicated to the champion “Legendary centaur” on the hundredth anniversary of his birth.

Unforgotten and unforgettable, not only for his exceptional competitive achievements, but also as a representative of that race of “pure” riders, forged during the difficult years of World War 2 (he was on the Russian front), yet able to cultivate a passion for motorcycles and racing. Bruno Ruffo wasted no time: back from the front, in the summer of 1945 he purchased a Moto Guzzi 250 and raced (literally) to Mantua to participate in the “Circuito del Te” and win it.

Other victories followed on tracks all over Italy: with nine wins out of eleven races held, he won the championship, Cadets category, in 1946. He raced as a private team for the two subsequent years in what were then the “Campionati di Prima Categoria” (Top Category Championships) and, after his win at the Grand Prix of the Nations in Faenza, Moto Guzzi called him up to be on the factory team for the 1949 season, when World Championship GP Motorcycle Racing was officially born. Ruffo won the GP of Switzerland, took second at the GP of Ireland and placed fourth in the GP of Italy. So, he won the first Rider World title in history, class 250. The same year, he also took the Italian Championship “di prima categoria” (top category) title in the same class. Bruno was 29 years old and notoriously courageous on the track and a gentleman off the track, scrupulously respecting “team orders” and fair with both teammates and rivals.
In 1950, Moto Guzzi took a break from sports activities (and Ruffo found another team, winning the 125-World championship title on a Mondial motorcycle). In 1951, Moto Guzzi returned to the races and called Ruffo back, where he won another world championship title, his third in a row.

He wasn’t quite as fortunate in 1952, due to an accident on the Stuttgart circuit during the GP of Germany (his teammate was involved unintentionally - Enrico Lorenzetti - who went on to win the World Championship that year on Moto Guzzi), that hindered his season. That GP remained in the records because it was the only race of the season, 250 class, that wasn’t won by Moto Guzzi.

World champion Enrico Lorenzetti on Moto Guzzi, 1952. His sports relationship with the Eagle from Mandello began in 1939. 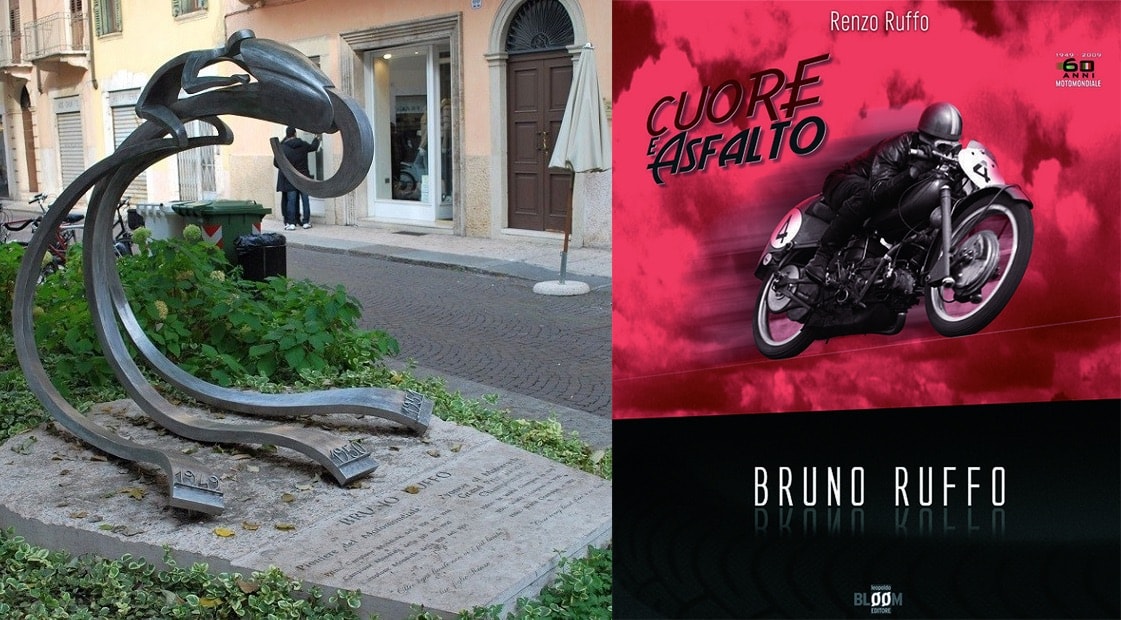 Verona: the monument dedicated to Bruno Ruffo commissioned by son Renzo, who also dedicated the book “Cuore e asfalto” (2009), (translated book title: Heart and asphalt) to the competitive achievements of his father.

With the Eagle brand, legendary motorcycle racing world champions have been crowned, in addition to Bruno Ruffo (twice in 250), Bill Lomas (twice in 350), Enrico Lorenzetti (once in 250), Fergus Anderson (two-time 350 champion) and Keith Campbell (once in 350). These are joined by seven world championship titles won by Moto Guzzi in the Manufacturer competitions.