IN A GLOBAL PREMIÈRE

THE HIGHLY ANTICIPATED NEW PIAGGIO BEVERLY IS UNVEILED ON THE PIAGGIO.COM WEBSITE 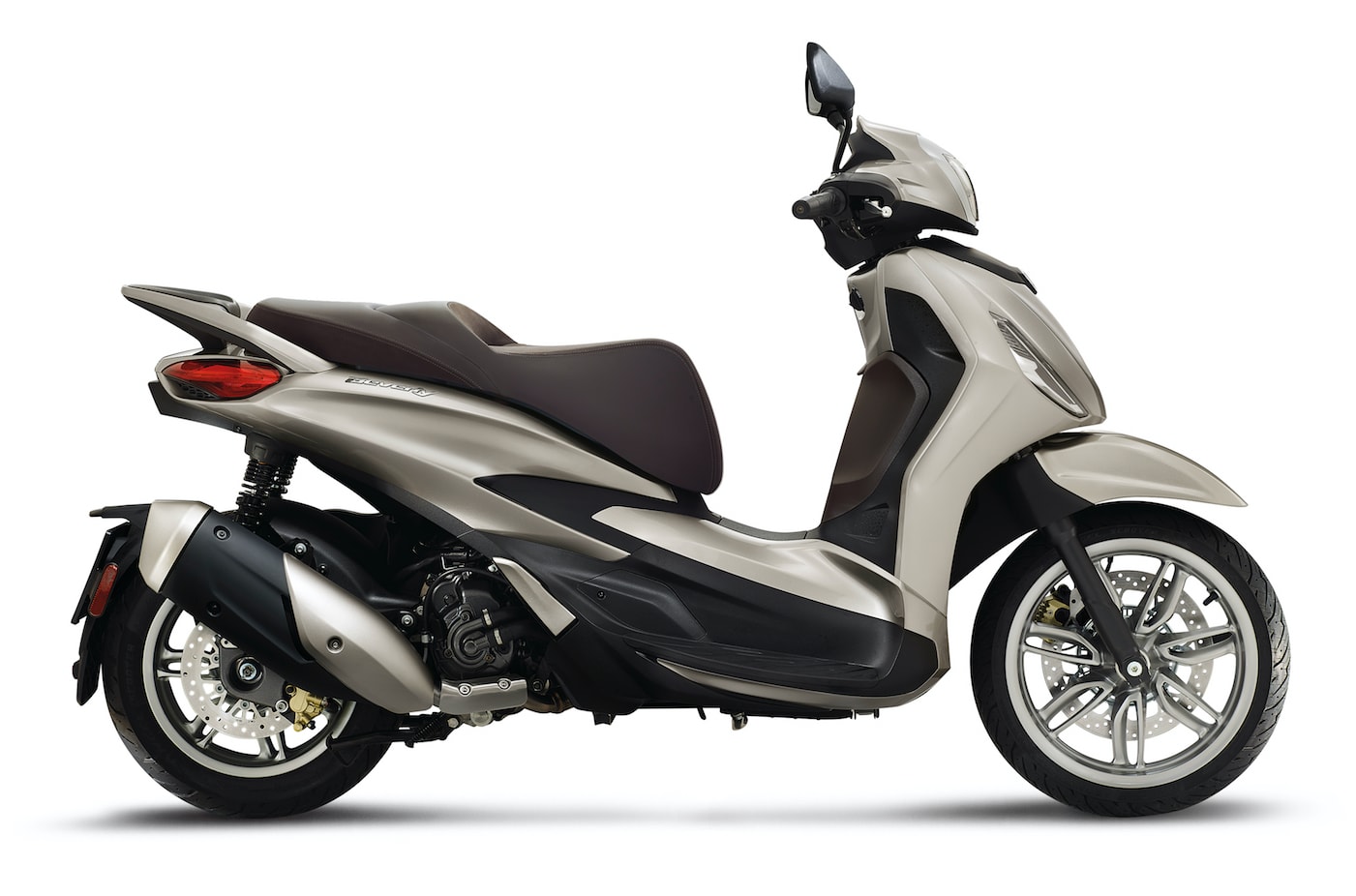 THE SCOOTER THAT HAS WRITTEN THE HISTORY OF URBAN MOBILITY IS REVAMPED WITHOUT LOSING THAT ELEGANCE AND CHARM THAT MADE IT ONE OF THE MOST SOUGHT AFTER AND ADMIRED PRODUCTS. MORE POWER WITHOUT LOSING AGILITY, BEVERLY BECOMES A TRUE CROSSOVER CAPABLE OF COMBINING THE DYNAMIC CHARACTER OF A HIGH-WHEEL SCOOTER WITH THE PERFORMANCE OF A BIG GT. NEW MOTORCYCLE-STYLE CHASSIS ARCHITECTURE, COMBINED WITH NEW PIAGGIO HPE EURO 5 ENGINES IN 300 AND 400 CC DISPLACEMENT VERSIONS NEW TECHNOLOGY: KEYLESS SYSTEM, DIGITAL INSTRUMENTATION, FULL LED LIGHT CLUSTERS AND ADVANCED CONNECTIVITY. 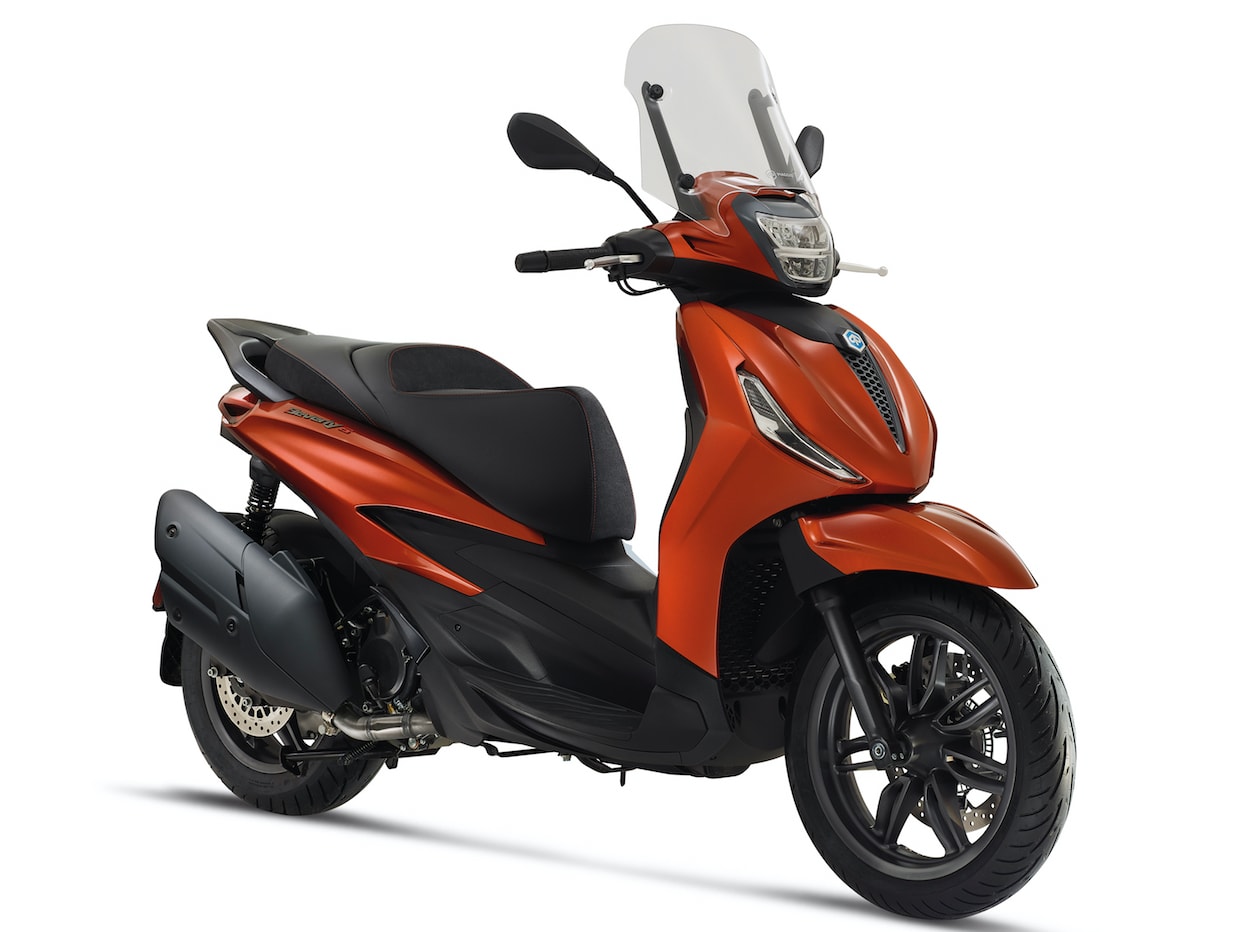 26 December 2020 - In a global première, twenty years after the first generation born in 2001, the new Piaggio Beverly bares all on the pages of the Piaggio website: www.piaggio.com/en_EN
Popular from birth for its unmistakeable elegance, so much that over the years it became one of the most sold scooters in Italy, Beverly has now been completely revamped and evolved to become a true crossover, going beyond its category, combining the versatility, the dynamic features and the road-holding of a high-wheeled vehicle with the exuberant performance and comfort of a luxurious GT. The new Piaggio Beverly is entirely at ease in any situation, from urban commuting, where its agility and handling emerge, all the way to medium and long-range suburban touring, a situation where it shows of its top-notch stability, power and on-board comfort. 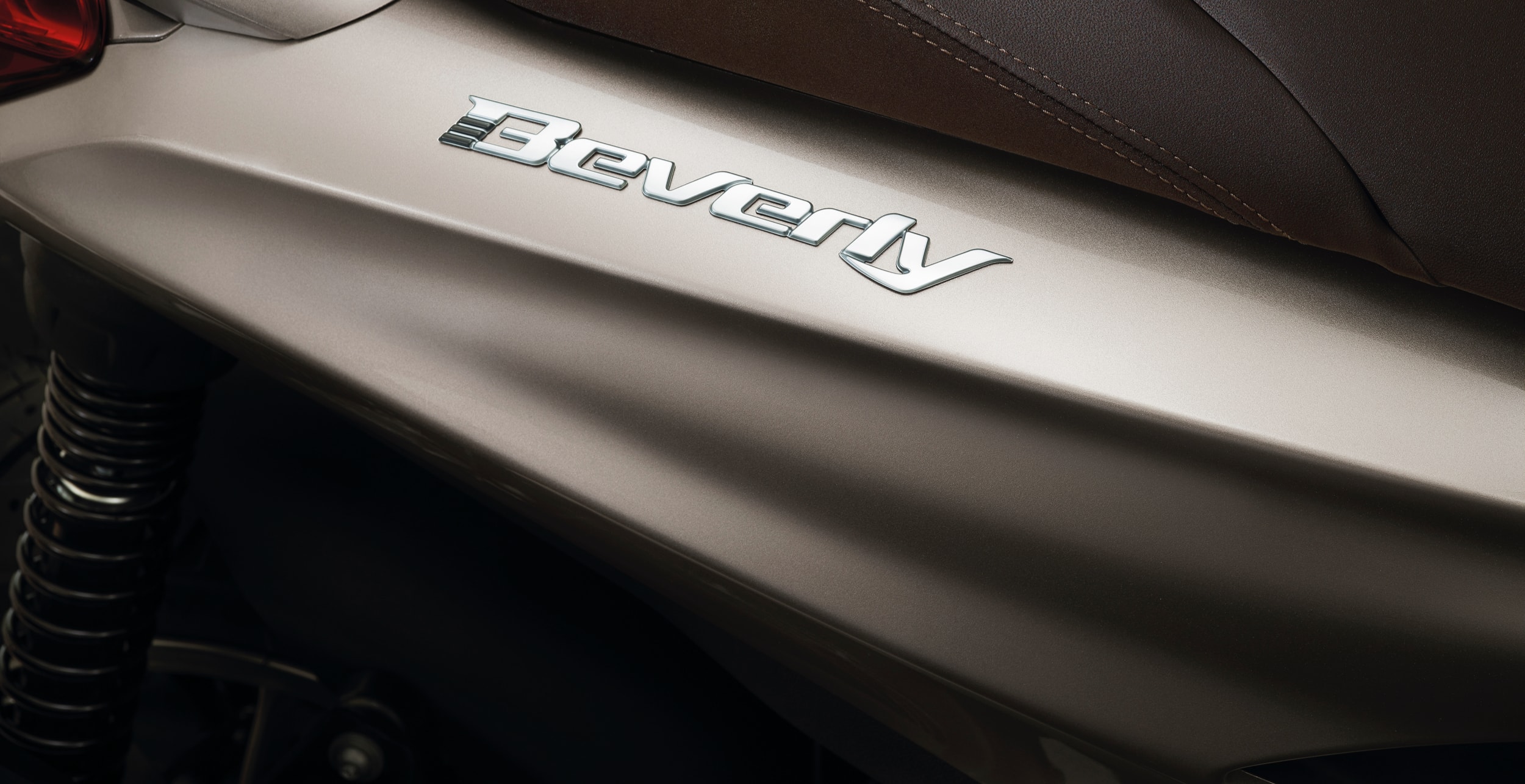 The new design is decidedly sporty, with the front end having been totally redesigned, whereas the from a side view, the lines abandon the softness of the previous models to become more taut and muscular, leading to a rear end that is sleeker and tends more upward.
The LED headlight stands out at the centre of the new handlebar. The turn indicators and position lights are also LED technology, placed on the sides of the front shield to profile the edges, thereby creating a bright “signature” that makes the new Beverly recognisable at a glance, even during the day. In the rear area, the tail ends in an original extractor profile that emerges at the centre of the LED rear light cluster. The brand new, motorcycle-style license plate holder, positioned on the wheel, contributes to making the new Beverly extremely slender and clean. The wheel rims are also new, with a sporty seven split spoke design, and the seat is magnificently refined with double covering and double stitching.

Making their début on the new Piaggio Beverly are two new and powerful Euro 5 powerplants from the hpe family (High Performance Engine) - 300 and 400 cc respectively. Both the engines - 4-stroke 4-valve single cylinder, with liquid cooling and electronic injection - are the result of the Piaggio Group research and development centre’s experience, working specifically to achieve better performance and improved rideability, reducing fuel consumption and noise.
The 300 hpe engine increases in power by 23% compared to the previous version of the same size, reaching 19 kW (25.8 HP) at 8000 rpm, whereas maximum torque increases by 15%, now reaching 26 Nm at 6250 rpm.
The 400 hpe powerplant replaces the previous 350 engine. The difference lies not only in a simple increase of cubic centimetres, but starting from an already extremely efficient engine, the Piaggio engineers further improved mechanical and thermodynamic performance, and further reduced the already extremely low vibration and noise levels. The result is a power rating that reaches 26 kW (35.4 HP) at 7500 rpm and a maximum torque of 37.7 Nm at 5500 rpm, data which translates on the road into performance and riding elasticity.

These two engines, ultra-modern and powerful, are combined with an extremely effective and advanced chassis architecture. The double cradle frame in high-resistance steel tubes and pressed sheet metal is combined at the front with a new Showa fork with 35 mm diameter stanchions, whereas at the rear, it works with a new pair of Showa dual action shock absorbers featuring a coil spring with preload adjustable to 5 positions. Thanks to this motorcycle-style bearing structure and the large wheels with rims in lightweight alloy (16” on the front and 14” on the rear) the new Beverly ensures motorbike-like riding comfort and road-holding, maintaining great agility and handling. The 400 hpe version also adopt wider tyres (120/70 instead of 110/70 on the front and 150/70 instead of 140/70 on the rear), which ensure better stability at sustained speeds.

Piaggio Beverly also improves in terms of technological features, adopting the keyless system so it switches on without having to insert a traditional key and thereby making it easier to start, open the seat and fuel cap, and position the steering lock - all operations that can be done with the fob in your pocket.
At the centre “navigation bridge” there is a brand new and fully digital 5.5” LCD instrument panel, alongside which the new handlebar controls are positioned, entirely redesigned in their ergonomics. The equipment is completed by the PIAGGIO MIA connectivity system, standard on the 400 hpe version, that lets you connect your smartphone to Beverly’s on board electronics system via Bluetooth, providing exclusive features for an even more satisfying and fun riding experience.
Two distinctive spirits coexist in the new Piaggio Beverly: on one hand, the more elegant and refined one, represented by Beverly, and on the other, that grittier and sportier one, that is manifested in the Beverly S.
COLOURS RANGE. Piaggio Beverly comes in a range of elegant and glossy colours, such as Bianco Luna and the two-brand new Blu Oxigen and Grigio Cloud colours. These colour schemes are combined with finishings in light, warm and inviting metallic shades, the dark brown seat colour and light grey wheel rims.
Piaggio Beverly S stands out, first and foremost, because of its sporty matt finishes in graphite grey. There are three dedicated colour schemes: Argento Cometa and Nero Tempesta, matt, and the original and futuristic glossy Arancio Sunset colour. The S version features a new black seat in two materials and dark grey wheel rims.